Whether he's writing for a full orchestra or a small chamber ensemble, Pierre Jalbert composes with a hallmark intensity of spirit, a forward-moving propulsion, and virtuosic precision. This trademark style is apparent in his Sonatine, for violin and guitar, which was originally composed for Duo 46, and which saw its New York City premiere on December 5th at Symphony Space, performed by guitarist David Leisner and violinist Jesse Mills.

This performance was part of a concert celebrating the tenth anniversary of Guitar Plus, for which Leisner serves as Artistic Director, and was co-sponsored by the New York City Classical Guitar Society.

For more on Jalbert's compositional style, check out his interview with NewMusicBox below.

On January 16th, Music from Copland House released an album of music by Pierre Jalbert, entitled Secret Alchemy. Referring to Jalbert's piece of the same name, this album title also suggests Jalbert's uncanny ability to combine musical idioms, create a singular compositional voice that emerges as completely new. The album contain recordings of works composed over a span of 15 years, including Piano Trio No. 1 (1998), String Trio (2008), Crossings (2011), and the titular piece, Secret Alchemy (2012). Check out an excerpt of Jalbert's Piano Trio No. 1, which the American Record Guide called "a new masterwork", above; and Jalbert's NewMusicBox interview below.

Pierre Jalbert: All Music Great and Small from NewMusicBox on Vimeo.

Whether he's writing for an orchestra, voice, solo instrument, or chamber ensemble, Pierre Jalbert packs fiery virtuosity, rhythmic intensity, and a depth of spirit into his music that is uniquely his own. Jalbert has already written numerous string quartets, many of which are available from PSNY (Howl, Icefield Sonnets, Thumbelina, and Quartets Nos. 3, 4, and 5); on February 1, the Chiara String Quartet will premiere his String Quartet No. 6 "Canticle"at the University of Nebraska in Lincoln. 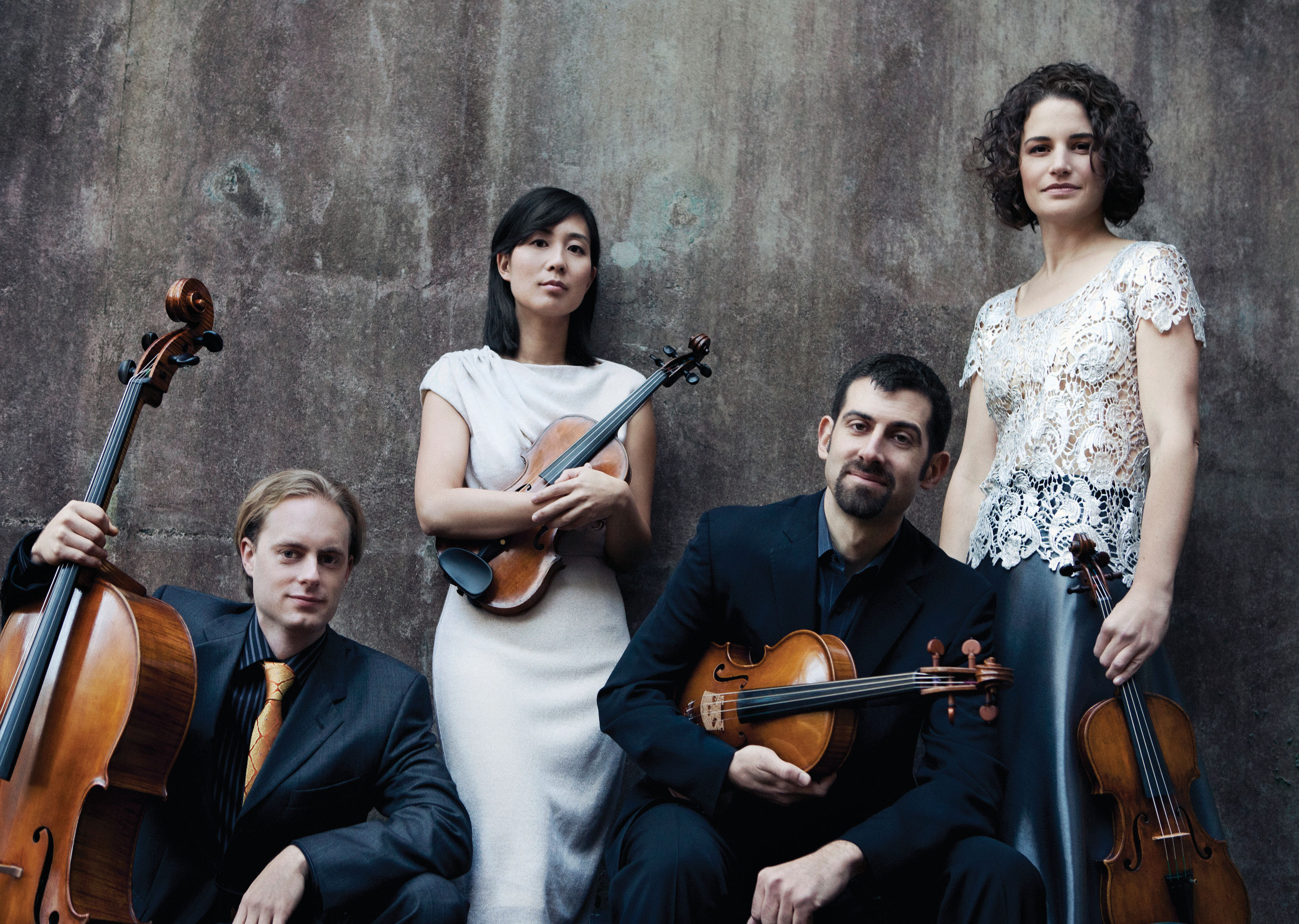 As the title of this new work implies, "Canticle" evokes liturgical song by its use of bell-like sounds, created by the quartet's typical string instruments as well as by an array of percussion equipment, including glass rods and crotales. To get a sense of Jalbert's writing for string quartet, check out an excerpt from his String Quartet No. 4, commissioned and premiered by the Escher Quartet in 2008:

Additional performances of Jalbert's new quartet will take place on February 9 at the Hartt School of Music in Hartford, CT and on May 11 at the Metropolitan Museum of Art in New York.

Keep an eye out for Jalbert's String Quartet No. 6 "Canticle" on PSNY soon!