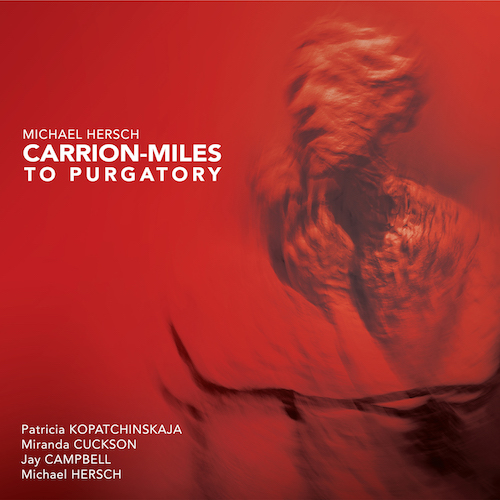 Katharina Rosenberger has had a busy winter: in December, her Modules was performed by the Ensemble KNM Berlin at the Heroines of Sound Festival; and in January, Rosenberger, the violinist Miranda Cuckson, and the media artist John Burnett premiered Folds at National Sawdust's FERUS Festival.

Folds begins from the cantata "Sino alla morte," composed by 17th-century composer-performer Barbara Strozzi, and interweaves that composition with new music for violin and electroacoustic sounds made by Rosenberger, accompanied by Burnett's projection work; the sounds are "folded" together, often quite literally, with the sounds of paper—manuscripts, sculptures, scraps, sometimes placed between the violin's strings themelves.

Continuing this busy season, Rosenberger will see her 2013 work Gesang an das noch namenlose Land [Song for the yet nameless land] performed by Ensemble Contrechamps in Geneva and Sion, Switzerland. This work, made in collaboration with New York-based artist Abdolreza Aminlari, explores Amerigo Vespucci's 1503 publication, "Mundus-Novus," written discussing his travels to the "new world." Check out a recording of the work below.

The Music of Wang Lu

Nowhere is this more evident than in her 2015 work Urban Inventory, which seamlessly weaves together the sounds of the urban environment, explorations of linguistic intonation, and traditions of free improvisation into a complex fabric of extended techniques and textures. As Alex Ross wrote in the New Yorker, “every moment is vividly etched, drenched in instrumental color [...] the flow of events is so rapid and so variegated that nothing settles into the groove of the familiar.”

Wang describes this piece as "a way for me to try to redefine and expand a specific period in recent history, as well as convey popular public spaces bustling with activity—which are both dear to my heart." Wang included field recordings of a public park she visited every day in her youth; clips from The Red Detachment of Women, a 1964 propaganda ballet; and the voice of 1990s pop icon Yang Yuying (杨钰莹), putting the listener inside the firing synapses of a composer whose ears are always open to possibilities.

Patrick Castillo chose the premiere of Wang's Cloud Intimacy at the Mostly Mozart festival as one of his "top new-music moments of 2016" for WQXR. Castillo writes, "Wang’s music provides poetic and deeply personal commentary on the whole of modern civilization, meditating with equal gravitas on Tiananmen Square and Tinder. The results are in turns cheeky and devastating, and the sheer sound of it is utterly her own."

Wang's new album, "Urban Inventory," which contains recordings of that work as well as Cloud Intimacy is available from New Focus Records and may be purchased from Spotify or Bandcamp.

Not all of Wang's music points outward: it can also reference the inner struggle that we must all face with a world accelerating into the anthropocene. In 2017, Wang composed Unbreathable Colors, a work for solo violin, commissioned by and dedicated to the celebrated violinist and violist Miranda Cuckson. Unbreathable Colors takes its name from the daily air quality report that represents the beige-and-gray smog of air pollution in a rainbow of color. When she composed the piece, "it had been purple for days, which means it has exceeded the [health] index." Though the pollution Wang describes is most often prevalent in Chinese cities, it is also a global problem, and Unbreathable Colors is a meditation on the inescapability of struggle, whether the skies, or their representations, are gray or purple or blue.

Since its premiere at Brooklyn's National Sawdust in April 2017, it has been performed by the Niew Ensemble in Amsterdam, as well as Nunc's 2018 residency at Rice University's Shepherd School of Music in Houston. Check out an excerpt from Cuckson's performance below.