Boston-based string orchestra A Far Cry has released an exceptional new album – The Law of Mosaics – featuring the premiere recording of Andrew Norman’s string trio The Companion Guide to Rome along with Ted Hearne’s Law of Mosaics. 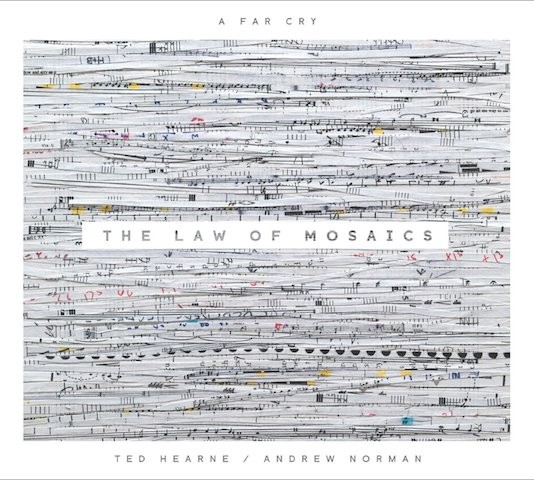 Of the The Companion Guide to Rome Andrew writes,

The music is, at different times and in different ways, informed by the proportions of the churches, the qualities of their surfaces, the patterns in their floors, the artwork on their walls, and the lives and legends of the saints whose names they bear.

The work, which was a Finalist for the 2012 Pulitzer Prize, was premiered by the Scharoun Ensemble in the Spring of 2010 at the American Academy in Rome, with the US premiere following on November 13, 2011 at the NOVA Chamber Chamber Music Series in Salt Lake City, UT. Check out a sample from the recording here:

Ted's piece Law of Mosaics works to take familiar music and original material and present it in a way that is unxpected and absent of context for an enaging and disorienting sonic phenomenon. The piece was inspired by David Shield's 2010 book, Reality Hunger: A Manifesto, what Ted calls a patchwork treatise on art and digital culture. From the book, "The law of mosaics: how to deal with parts in the absence of wholes." Have a listen to the fourth movement, Beats.

Law of Mosaics is available now on the ensemble's label, Crier Records.