Heralded as “one of the most exciting voices in New Music” (The Wire), Lei Liang  (b.1972) is a Chinese-born American composer whose works have been described as “hauntingly beautiful and sonically colorful” by The New York Times, and as “far, far out of the ordinary, brilliantly original and inarguably gorgeous” by The Washington Post. Winner of the 2011 Rome Prize, Lei Liang is the recipient of a Guggenheim Fellowship, an Aaron Copland Award, a Koussevitzky Foundation Commission and a Creative Capital Award. His concerto Xiaoxiang (for saxophone and orchestra) was named a finalist for the 2015 Pulitzer Prize in Music. Last season, Lei Liang’s brilliant orchestral work, A Thousand Mountains, A Million Streams was commissioned, premiered, and recorded by the Boston Modern Orchestra Project. Learn more about that recording here. 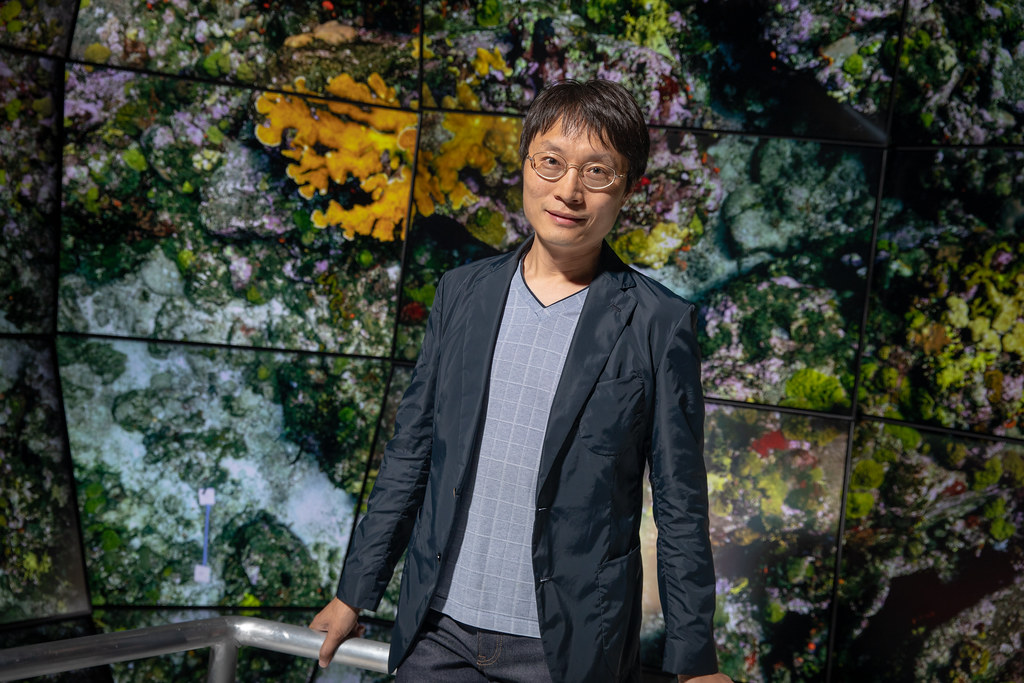 Lei’s first chamber opera, Inheritance premiered at the Experimental Theatre at Conrad Prebys Hall at the University of San Diego on October 24, 2018. Set to a libretto by Matt Donovan, and produced by soprano Susan Narucki (who also created the leading role), this powerful work takes on one of the most controversial issues facing Americans today – gun violence, weaving the story of Winchester Rifle Company heiress, Sarah Wincester, with scenes from the present day. I spoke with Lei about his inspiration for the work, the collaborative process behind the work’s creation, and his thoughts about the engagement of artists with the world around them.

PSNY: What inspired you to write an opera about the legacy of gun violence in America?

LL: We know how we feel when we hear the news about yet another mass shooting. It is so hard to find the right thought process to tell a story of this importance. I’m not interested in writing a piece where the word is already out.

PSNY: Do you mean where the audience is, in a sense, lectured to and overtly told what to think?

LL: Yes. The work must be engaging, inviting people to think together. Particularly in a charged political climate, this gives us a chance to listen to each other.

PSNY: How does Sarah Winchester’s story help to achieve that aim?

LL: Sarah’s story gives us the distance to be able to think; it allows for a critical reception, and offers institutional and historical perspectives of this issue. Her story is a metaphor that looks back and forth and helps us understand where we are.

PSNY: Tell me about the collaborative process, the colleagues who helped bring the work to life and how Inheritance came to be. It’s a project that was many years in the making.

LL: Matt and I were Fellows at the American Academy in Rome, we both had children, and our families became close there. We began to discuss these issues and partnered with Susan Narucki, and the project took off from there.

PSNY: Were there any conflicts that arose in the process?

LL: [Laughs] I think that all of us are actually too eager to support the other‘s vision in the sense that we wondered, “Would we be too gentle on each other; could we be critical enough?”

PSNY: But you were creating an opera on one of the most complex issues of the day. I can’t imagine that it was completely smooth sailing. Were there any times when there were significant differences of opinion, and how were they resolved?

LL: Matt’s approach to the project was based in a great deal of research. He really did his homework…There were times when I made musical suggestions that didn’t take into account his findings and we had to find a compromise that worked for everyone.

PSNY: Let’s talk about the music. Inheritance calls for an 8-piece chamber ensemble, and despite the small forces, you created a vast sound world from the gunshot motif at the opening, to the soaring lyricism of the vocal lines. How did you draw out so much?

LL: I like to experiment with the unexpected. Even the choice of instruments that were used was not your standard arrangement. I also asked them to do many things…to play their instruments in different ways and to vocalize as well, so they were asked to do a lot.

PSNY: Do you think that artists have a responsibility to address socially-relevant issues in their compositions?

LL: I do. I think that we have to use our art in a meaningful way; to create a dialogue so that we can begin to explore these important issues.

PSNY: Inheritance is not the first time that you’ve taken on an important topic in your music [Ed. Lei also contributed an act "Rose", to the one-woman chamber opera, Cuatro Corridos, commissioned by Narucki, featuring four stories (set by Liang, Hilda Paredes, Arlene Sierra, and Hebert Vázquez) that deal with human trafficking]. Do you have any plans to write another work on this subject, or are you exploring other areas for inspiration?

[Ed. note: Lei was appointed Qualcomm’s first-ever Artist-In-Residence in August 2018 where he has expanded his research on the sonification of coral reefs as part of his “Hearing Seascapes” interdisciplinary courses].

Lei Liang and his colleagues have just completed the world premiere recording of Inheritance. It is scheduled for release next year on the Albany Records label. 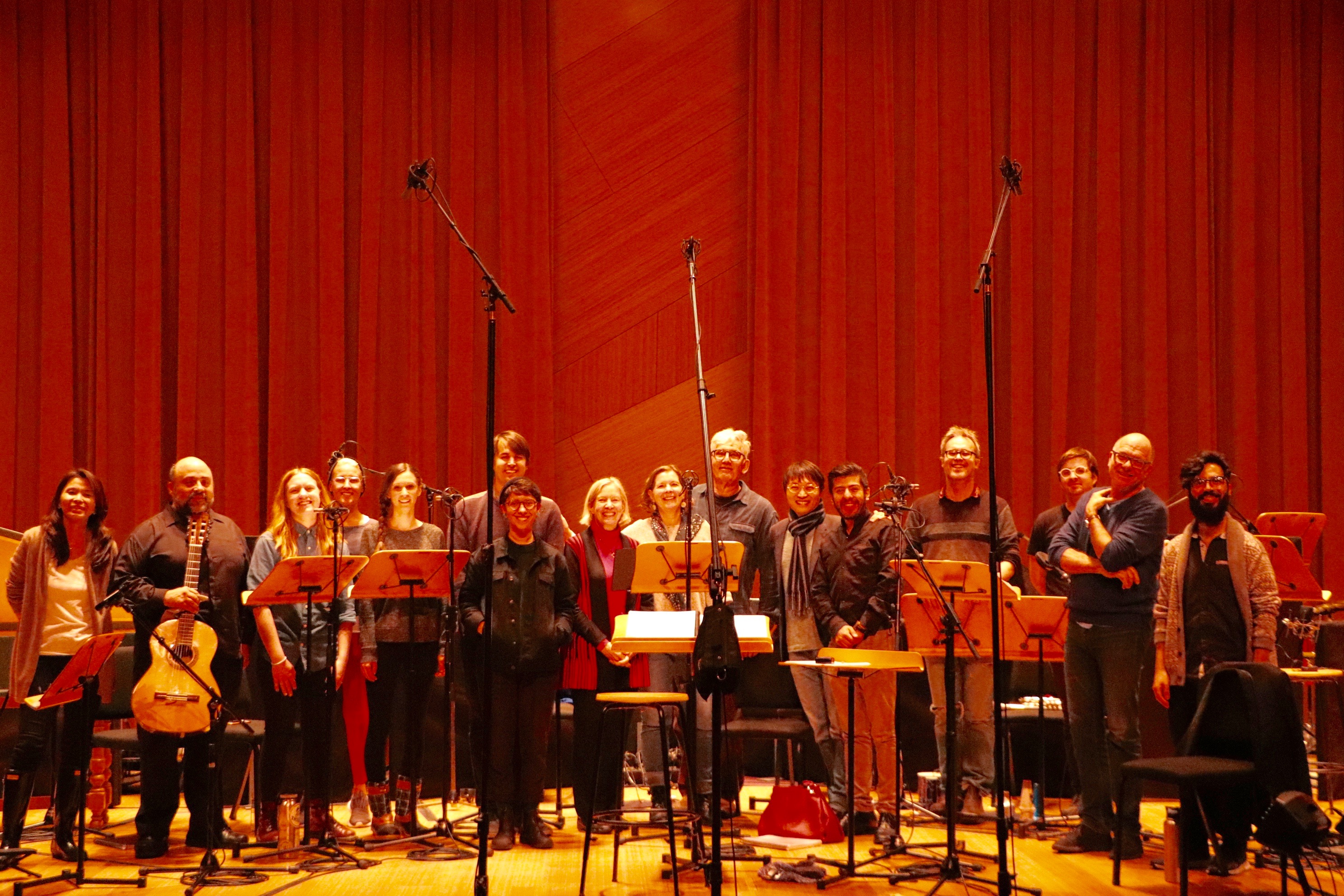 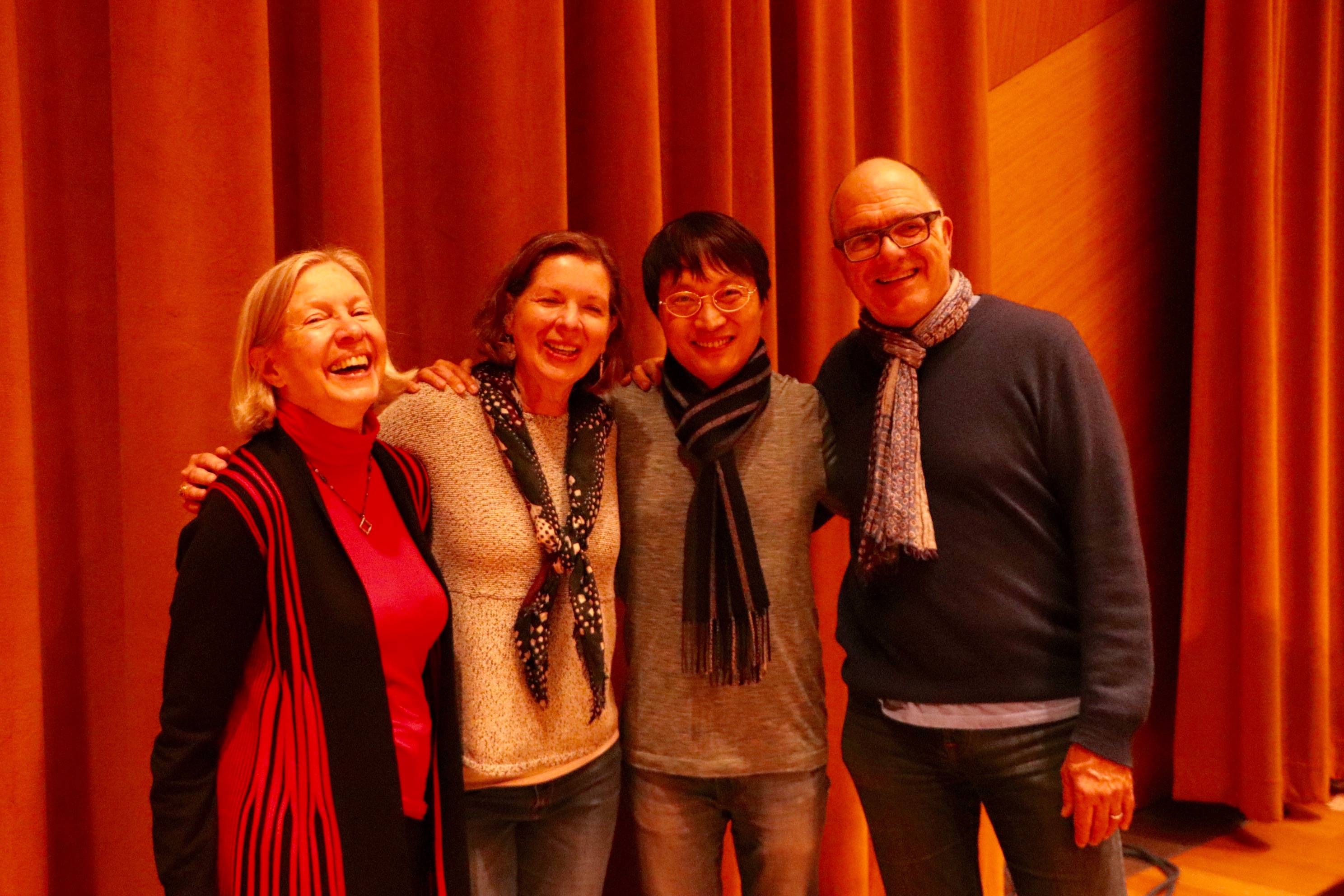 For a detailed look at Inheritance, visit: inheritance-opera.com

The study score is available for purchase on PSNY here

Ted Hearne's "The Source" in Los Angeles and San Francisco

"A 21st-century masterpiece. Remarkabe and essential. It does what great art should: It pushes you to think and feel about the world in new ways."
— The New York Times

Ted Hearne's ambitious opera project, The Source, will see its West Coast Premiere in an upcoming tour to Los Angeles and San Francisco. Originally commissioned and produced by Beth Morrison Projects, The Source explores the identity of Chelsea Manning, the source of hundreds of thousands of leaked texts given to WikiLeaks, through "an assemblage of Twitter feeds, cable news reports, chat transcripts, and classified military video." Hearne's powerful work positions four singers around the audience, surrounded by a four-channel video installation, with an ensemble of seven players.

If you haven't heard about Christopher Cerrone's opera Invisible Cities, based on the novel by Italo Calvino, let us give you a primer: workshopped in 2009 at the New York City Opera, performed in 2011 at Columbia University with Red Light New Music, fully staged and performed in Los Angeles' Union Station by The Industry in 2013, and nominated as a Finalist for the Pulitzer Prize in 2014. And if that weren't enough, a studio recording by The Industry is now available for digital download, and limited-edition CD Box Set. We'd recommend the box set: designed by Traci Larson, it includes a laser-cut wooden box with postcards, images, and texts from the "Invisible Cities" of Calvino's novel, as well as the recordings of Cerrone's opera. Each of the 500 boxes is signed by Cerrone, and serves as a powerful reminder of the live concert experience.

And in case you missed the performance in Union Station, The Industry has launched a new website with an immersive video experience to give you an idea of what it was like. As composer John Adams says, "Listen to Christopher Cerrone's Invisible Cities on headphones, preferably in the dark. Your mind's eye will will with sonic phantoms, darting shapes, tolling bells, snarling brass, plangent voices and the rhythms of alien rituals."

The opera's Invisible Overture, for ensemble or chamber orchestra, is available for purchase from PSNY. Also be sure to check out Cerrone's other vocal music on PSNY, including How to Breathe Underwater, inspired by Jonathan Franzen's Freedom, and I Will Learn To Love A Person (available as chamber ensemble and piano/vocal versions), a song cycle based on poetry by Tao Lin.