PSNY is thrilled to announce that three new, vital composers will be joining our ranks: Mary Kouyoumdjian, Michael Hersch, and Wang Lu. Each of these three composers has established a unique artistic voice that communicates their own artistic experience, representing the complexities of emotional, political, and musical life in the twenty-first century. All three create musical events that reinvent categories of genre and style, going beyond established forms to follow their unique artistic visions. 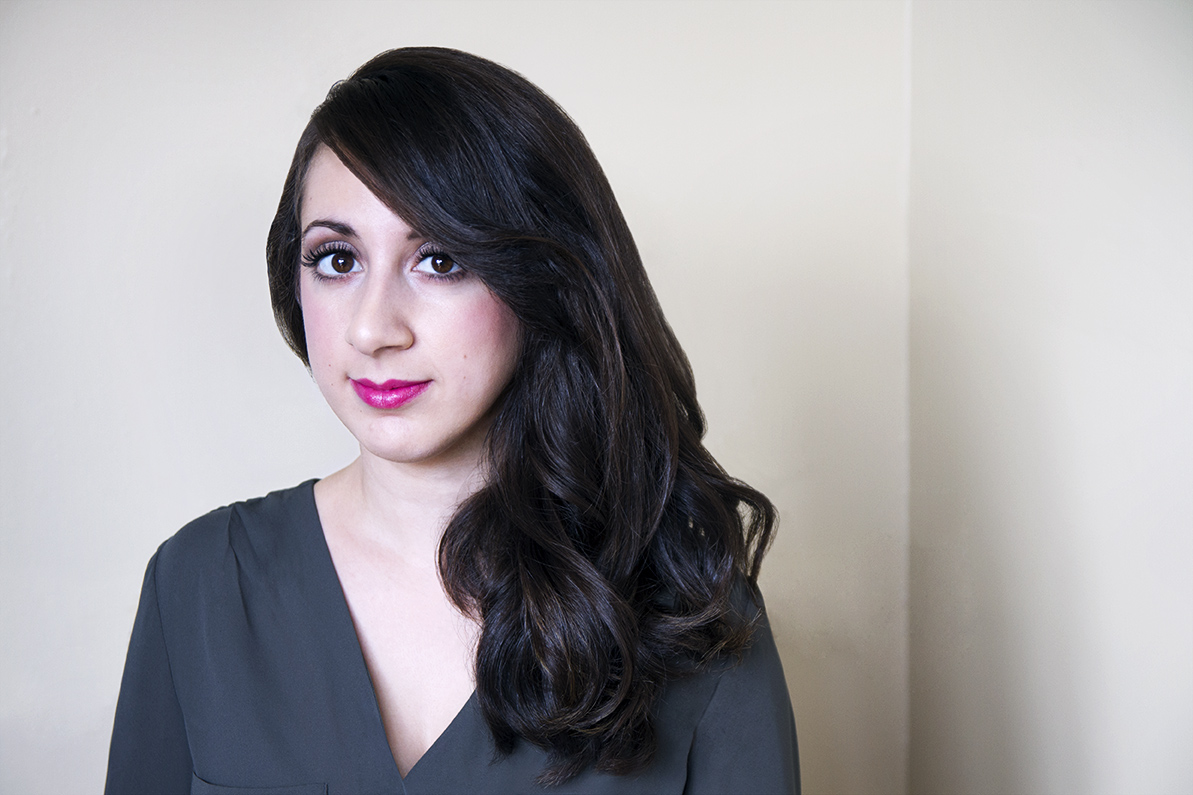 Mary Kouyoumdjian (b. 1983) describes herself both as a composer and a musical documentarian: someone who inhabits the established role of a composer of musical works, but who also goes beyond that category in order to address the social and political issues that drive her work and her life. A first-generation Armenian-American, Kouyoumdjian’s family was directly affected by the traumas of the Lebanese Civil War, and earlier, the Armenian Genocide. Both events have had multi-generational consequences, one of which is the creation of a large Lebanese diaspora outside of the Levant. Kouyoumdjian’s work addresses these traumas through the inclusion of field recordings, oral histories, multi-media presentations, and other experimental elements into works for ensembles of all sizes.

Kouyoumdjian’s 2014 Bombs of Beirut illustrates her approach to addressing these multi-generational traumas through music. Commissioned by the Kronos String Quartet as a part of their Kronos / Under 30 Project, Bombs of Beirut incorporates oral histories with the composer’s own family and friends, as well as sonic documentation of bombings, tape-recorded on an apartment balcony between 1976–1978, into the performance, creating a gripping, multifaceted work: at once composition and “musical documentation”. Lebanon was the country to which her great-grandparents fled from the Armenian genocide in the early 20th century; during the Lebanese civil war (1975–1990), it also became the country her parents and brother had to flee. Kouyoumdjian’s oral histories and sonic documentations come directly from her own archive, presenting direct and powerful traces of these violent histories.

The score instructs the players to “play like folk instrumentalists, grittily and digging in;” it reminds them that “this piece is for a city that lost almost everything to war.” Kouyoumdjian uses live electronic processing of the instruments, adding cinematic reverberation, molding their sound to the sonic signatures of old radios, and at times overwhelming the audience with distortion. Indeed, she asks the sound engineer to mix the work cinematically, creating an enveloping experience that fully saturates the audience in aural experience. A performance of Bombs of Beirut by the Kronos Quartet was video recorded at WNYC’s The Greene Space in 2014; watch the video below.

In addition to Bombs of Beirut, PSNY will also be publishing Kouyoumdjian’s Dandelion (2010, for violin, electronics, and film); Silent Cranes (2015, for string quartet, electronics, and live processing); The Vanishing Dark (2017, for ensemble and electronics); and A Boy and a Makeshift Toy from the "Children of Conflict" series (2015, in versions for cello and piano and viola and piano).

PSNY is thrilled to announce that  Michael Hersch "now in his second decade as one of the most prominent composers in the country [who] writes masterly modernist music of implacable seriousness" (The New Yorker), will be joining our ranks. Hersch's 2015 Violin Concerto, commissioned by Kopatchinskaja and the Saint Paul Chamber Orchestra, Hersch presents a raw nerve, something abject—and hence something powerful and potentially life-changing. As Kopatchinskaja notes, “I’m every time really overwhelmed, and I’m a bit scared to play his music, again and again… but I know it’s very necessary for our time.”

(Patricia Kopatchinskaja on the music of Michael Hersch)
Recently recorded by Kopatchinskaja and the International Contemporary Ensemble, and released on New Focus Recordings, Hersch’s Violin Concerto responds directly to the death of a close friend. As Aaron Grad writes, “the four movements of Hersch’s concerto align like a series of interconnected islands of sound around an essential but unknowable vanishing point.” The concerto begins with an epigraph constructed of two fragments of poems by Thomas Hardy, which ends:

Strange sounds of anger and sadness
That cut the heart’s core,
And shaken words bitter to madness;
And then no more.

This poetic epigraph anticipates Hersch’s instructions to the instrumentalists: they are to play “ferociously”, and when the violin enters, it is to play “brutally throughout.” Kopatchinskaja comments on Hersch’s writing for the violin: “...the Violin Concerto is an open wound, there is no other way to say it. I know no other work by a composer of my generation that is so convincing, that moves me so deeply ... tolerates neither doubt nor objection. It is like a mountain one can't ignore. For me, Michael Hersch embodies the new generation after icons like György Kurtág or György Ligeti. With him, everything is crystal clear, there is no decoration, no superficial beauty, no compromises. Everything is exactly in place, has found its perfect form..."

PSNY will also publish Hersch’s 2010 string quartet Images from a Closed Ward, a work described by The Philadelphia Inquirer as one that "left you in a figurative blindfold taken off momentarily to glimpse another previously unimaginable terrain." The piece traces its origins to an encounter Hersch had with etchings by the American artist Michael Mazur (1935–2009). Like his Violin Concerto, Images from a Closed Ward explores what Mazur called an “overwhelming sense of ‘sadness’ [...] a complicated, and therefore interesting human condition.” Hersch's music can be "unrelenting, nearly without hope ... But no artwork can be without hope since it is in the very nature of creative work to be optimistic, if only in as much as we continue to work through everything but our own death.”

Finally, PSNY is thrilled to publish Michael Hersch’s On the Threshold of Winter, a monodrama in two acts that The Baltimore Sun called “...a work of great originality, daring, and disturbing power". The composer also wrote the libretto for this opera, adapted from Marin Sorescu's The Bridge, translated by Adam J. Sorkin and Lidia Vianu. The work is scored for soprano and an ensemble of eight musicians playing flute, oboe, Bb clarinet, bass clarinet, piano, violin, cello, and percussion, and received its world premiere at BAM in 2014. Inspired by the devastating personal loss of a dear friend to cancer, and his own struggle with the disease, Hersch’s On the Threshold of Winter depicts the stark reality of dying without any romanticization or consolation, and in so doing, Hersch “...has given himself the space to burrow past anger and incomprehension in search of an art fired by empathy and compassion." (The New York Times)

Nowhere is this more evident than in her 2015 work Urban Inventory, which seamlessly weaves together the sounds of the urban environment, explorations of linguistic intonation, and traditions of free improvisation into a complex fabric of extended techniques and textures. As Alex Ross wrote in the new yorker, “every moment is vividly etched, drenched in instrumental color [...] the flow of events is so rapid and so variegated that nothing settles into the groove of the familiar.” Distorted sounds from a public address system, buzzing pipes and erhu, and electric simulacra of folk music are woven into a variegated texture of live instruments, putting the listener inside the firing synapses of a composer whose ears are always open to possibilities. (Cloud Intimacy/Wang Lu/International Contemporary Ensemble)

Wang Lu's new album "Urban Inventory" is available from New Focus Records and may be purchased from Spotify or Bandcamp.

In the coming months, PSNY will publish additional works from all three composers, adding to our growing repertoire of the music of our time.