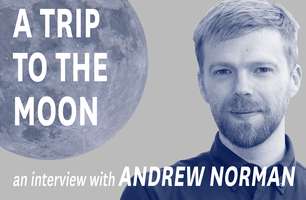 A TRIP TO THE MOON: An Interview with Andrew Norman

Taking inspiration from Georges Méliès’ seminal 1902 silent film A Trip to the Moon, Andrew Norman’s whimsical first opera follows a band of bumbling astronomers and their documentarian (the young Georges Méliès himself) as they explore the moon, try to fix their broken rocket, and interact with a mysterious race of moon people who are facing a perilous threat of their own.

Through the opera, Andrew Norman uses elements of early science fiction to address contemporary themes of otherness, exploring how and why groups of people misunderstand, fear, and hate each other, and how those misunderstandings can ultimately be overcome to affect mutual good.

We sat down with Andrew in our PSNY Greenroom to chat about his new opera, A Trip to the Moon. Below, you can also listen to a selection of his recent works with our Listening Guide to Andrew Norman. 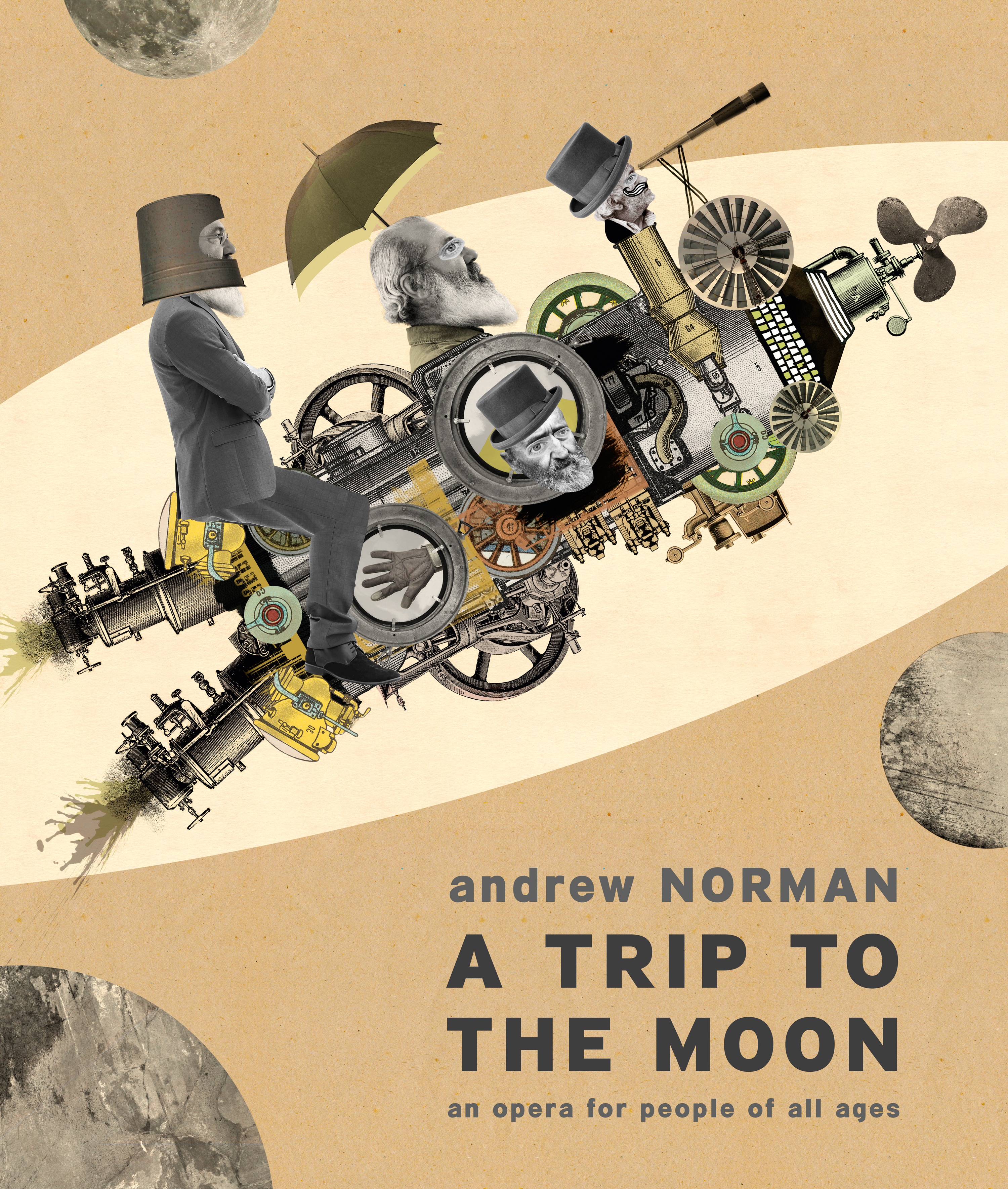 Q: WHAT DREW YOU TO WRITE AN OPERA INSPIRED BY GEORGE MÉLIÈS'S ICONIC SILENT FILM A TRIP TO THE MOON? ARE THERE THEMES IN THE FILM/STORY THAT SPOKE TO YOU IN PARTICULAR, OR TO THE CURRENT TIMES WE'RE LIVING IN?

ANDREW: I’ve been thinking about vintage science fiction/fantasy as possible subject matter for an opera for a long time now. The retro-futurist world of Verne and Wells and Méliès is one that really appeals to me, and that is, I think, sympatico with my general aesthetic and ripe for operatic treatment.

When I came across the Méliès film last year, at the suggestion of my friend and author Brian Selznick, I knew this would be the right world for a community opera. It is whimsical and fun and strange, but most importantly it is a story that needs an entire community to tell it. What appealed to me the most about this story was the fact that I could use it to explore how communities deal with the “other” in their midst.

This is, of course, timely in all sorts of ways all over the world. I was deeply affected by contemporary events, both in America and abroad, while writing the opera, and in many ways this project is a response to the devastating rhetoric of fear, anger, and hate toward the other that I see welling up in so many places.

As I was writing, the story started to depart from the original Méliès plot in many key ways. It became a kind of simple, pointed parable, an allegory, a morality play you might even say, about how we treat strangers and the consequences therein.

Q: A TRIP TO THE MOON INVOLVES A BRAND NEW LANGUAGE—MOONISH—WHICH YOU CREATED. WHAT WAS YOUR EXPERIENCE DEVELOPING THIS LANGUAGE, AND HOW DOES IT PLAY WITH THE LISTENER'S FEELINGS OF ALIENATION?

Well, as it turns out, inventing a language is a lot of work! I feel like I’m just barely scratching the surface of the syntactic and expressive prospects here. Perhaps I will just have to write a whole cycle of operas set on the moon! Seriously, though, I’m so excited by the potentials of combining syllables (in this case mostly vowels) with pitch contours and even physical movements to create a whole gestural world.

And yes, I think one of the goals of all this is to put the audience in the position of the “other,” who, like the earth characters in the opera, must try to figure out what is going on without the help of common language. 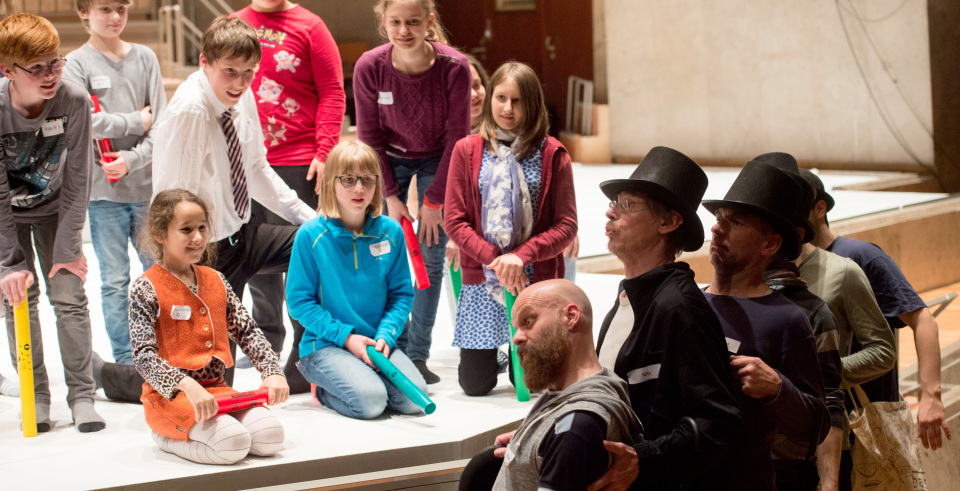 
Q: CAN YOU DISCUSS YOUR APPROACH TO COMPOSING THIS WORK, YOUR FIRST OPERA, FOR BOTH PROFESSIONAL AND YOUNG PERFORMERS TO PLAY TOGETHER? DID IT HAVE ANY EFFECT ON THE GREATER NARRATIVE?

Well, for starters, I knew I needed to pick a story that was about a community, not just individuals. I think of opera as this art form of interiority, an art form that is often about exploring the minds and hearts of the individual characters on the stage, but can you do that with an entire community of people, where that community is in many senses the main character? That was the question I was asking as I searched for a subject.

When it came to writing, I knew that the crowd scenes would be of primary importance in this opera, because this is where we see those dynamics of community at play. We see and hear a group of people fearing / judging / accepting / rejecting a group of strangers in their midst, and that is where the drama lies for me.

As to writing for amateurs, I am absolutely thrilled by it! Sure there are things they can’t do, like tricky rhythms and complex pitch combinations, but there are so so so many other things they can uniquely bring to the project, like excitement and enthusiasm and crazy riot-scene energy.

There’s a fair bit of this opera that exists in a space of controlled aleatory, with regard to the moon people and the communal sounds they make, and I’m so looking forward to making those sounds with huge numbers of people of all ages and ability levels! I think it’s going to be really fun.


View an excerpt from the score to A Trip to the Moon: