Beat Furrer in Portrait at Miller Theatre with Either/Or Ensemble

The "Composer Portraits" series at Columbia University's Miller Theatre has brought the public an unprecedented in-depth look (and listen) into the works of countless living composers over the years. On February 2, Miller Theatre hosts a Portrait Concert featuring the works of Beat Furrer, the renowned Austrian composer, performed by the Either/Or Ensemble.

The program includes the US Premiere of his recent work for clarinet and string quartet, intorno al bianco, as well as linea dell'orizzonte, for ensemble, Ira-Arca, for bass flute and double bass, amd spur for piano and string quartet.

The Either/Or Ensemble was co-founded by fellow PSNY composer Richard Carrick, who will conduct the evening's performances. (This resonates with Furrer's own history as a composer and conductor, having founded Klangforum Wien in 1985). Carrick recently returned to the United States from Rwanda, where he held a Guggenheim Fellowship. In addition to returning to Either/Or, Carrick also returns to a new post in Boston as the Chair of the Composition Department at the Berklee School of Music.

Check out a recording of Furrer's spur below.

On a blustery Chicago night, over a hundred people packed into the Jackson Junge Gallery in Wicker Park to attend a party—typical for an art opening on a Saturday night. But in addition to the art, food, beer, and craft cocktails, these partiers got to experience something extra: Ensemble Dal Niente, one of Chicago and the US' leading New Music ensembles, performing over 15 works, many of which were composed in the past decade.

The ensemble, conducted by Michael Lewanski, split the evening's performances into sets of two to three works, allowing for conversation, commentary, and mingling with the musicians in-between. From solo works to pieces for larger ensembles, Dal Niente executed each piece with precision and grace—from technically demanding pieces such as Ted Hearne's Crispy Gentlemen or Ashley Fure's something to hunt to simpler but more theoretically complex works such as Johannes Kreidler's Stil 1f. Beat Furrer's Aria, Alex Mincek's Nucleus, and Thomas Ades' Traced Overhead were standouts in a concert that the Chicago Classical Review called 'exhilarating' and 'wide-ranging'.

Check out a video preview for the Party below: 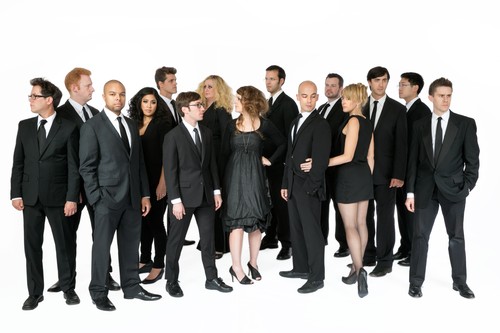