Posts tagged 'Bang On A Can'

Now in her 70th year, Joan La Barbara has continued her life's work of composition, collaboration, and performance, and shows no signs of slowing. 2017 has already seen La Barbara performing at ISSUE Project Room, music directing a new production of Robert Ashley's Dust, touring with the "Music for Merce" celebration in Minneapolis and Chicago, and overseeing performances of her piece A Murmuration for Chibok, commissioned by the Young People's Chorus of New York City and performed at the 30th annual Bang on a Can Marathon.

To continue this multi-faceted year, La Barbara will premiere her new song cycle, The Wanderlusting of Joseph C., performed by the composer herself alongside Ne(x)tworks at Roulette in Brookyln, NY. This new song cycle explores Joseph Cornell's concept of "wanderlusting"—which articulates both the desire to wander and the desire to lust—with text by Vietnamese-American writer Monique Truong.

Check out a recent interview with Red Bull Music Academy below.

PSNY is thrilled to announce the newest addition to our roster: composer, pianist, MacArthur fellow, Harvard professor, and all-around renaissance man, Vijay Iyer. Iyer's signature work as a musician in the past few decades has cemented him as a ground-breaking, boundary-crossing, true innovator of the 21st century. And now, his compositions for chamber ensembles are available to the public, for immediate, direct download.

Our initial offering of Iyer's works is a testament to his bold style. Let's start with Dig the Say, a string quartet commissioned by Brooklyn Rider.

This work draws inspiration from James Brown, whose signature rhythms and harmonies (particularly around 0:26) are reimagined for string quartet with Iyer's fluid compositional hand. Not a mere transcription or imitation, this quartet filters Brown's energy into an entirely new composition that attempts a daring act of transcription across instruments and time.

Iyer's Time, Place, Action, for string quartet and piano, contains similar stylistic elements—unison ostinati, rhythmic complexity, lyrical phrasing—but with a darker, more abstract effect. This work seamlessly blends compositional aspects of the classical quartet repertoire, jazz piano, and electronic music, as many of Iyer's works do. Check out a video of Iyer performing Time, Place, Action with the Brentano Quartet at the studios of WQXR in New York:

Iyer's Rimpa Transcriptions, commissioned and premiered by the Bang on a Can All-Stars, incorporates elements of improvisation into a brooding, meditative sound-scape. In the first movement, "Waves," a clarinet picks from several melodic fragments and performs them against an ominous background of glockenspiel, string glissandi, and bass pizzicatti. Figuration and accompaniment are split between the ensemble with expert orchestration.

Our last initial offering of Iyer's works is Bruits, for wind quintet and piano. This work, premeired by Imani Winds, incorportes Iyer's signature rhythmically complex ostinati, accompanied by a wind quintet which blows through harmonies deeply inspired by contemporary jazz.

Keep an eye out on our blog for more of Iyer's works to come in the future! 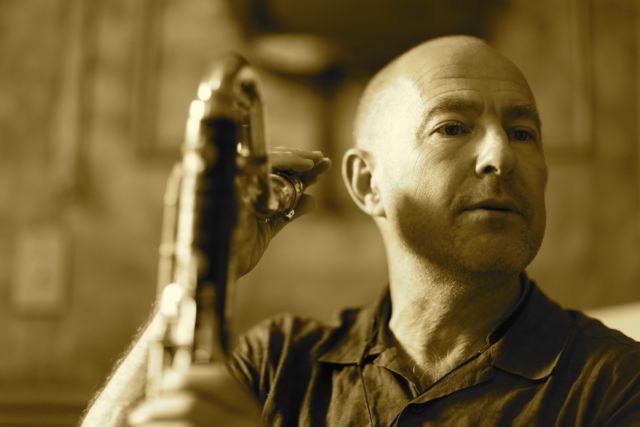 On the cusp of our two-year anniversary, we're pleased to announce that select works by Evan Ziporyn are now available on PSNY! Ziporyn has been at the forefront of new music for over twenty years. His resume is an impressive list of awards, achievements, and ground-breaking firsts: he co-founded Bang on a Can All-Stars, with whom he has performed around the world and premiered over 100 works; founded Gamelan Galak-Tika at MIT, where he has taught since 1990 (alongside fellow PSNY composer Keeril Makan); and perhaps most importantly for us, has composed works unparalleled in their mastery and singularity of voice.

Ziporyn's work for clarinet quartet, Hive, is now available for instant download or as a print-on-demand hard copy. Inspired by his experience as a beekeeper, this work is a meditation on collectivity, vibration, and organization. Check out a sample below:

Look out for more of Ziporyn's works here in the future!