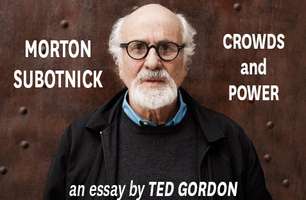 When Nonesuch Records released Morton Subotnick's Silver Apples of the Moon in 1967, it was the first electronic record ever to be commissioned by a classical record label. Recorded on a Buchla synthesizer, Subotnick developed a provocative and unfathomably original work the likes of which had never been heard before.

Now 50 years following that release, Subotnick is the subject of a new documentary film and the centerpiece of a three-night series of live performances at Lincoln Center Festival, including Silver Apples as well as the world premiere of a bold new work, Crowds and Power. Musicologist Ted Gordon explores Subotnick's legacy and takes an early look at his newest composition. 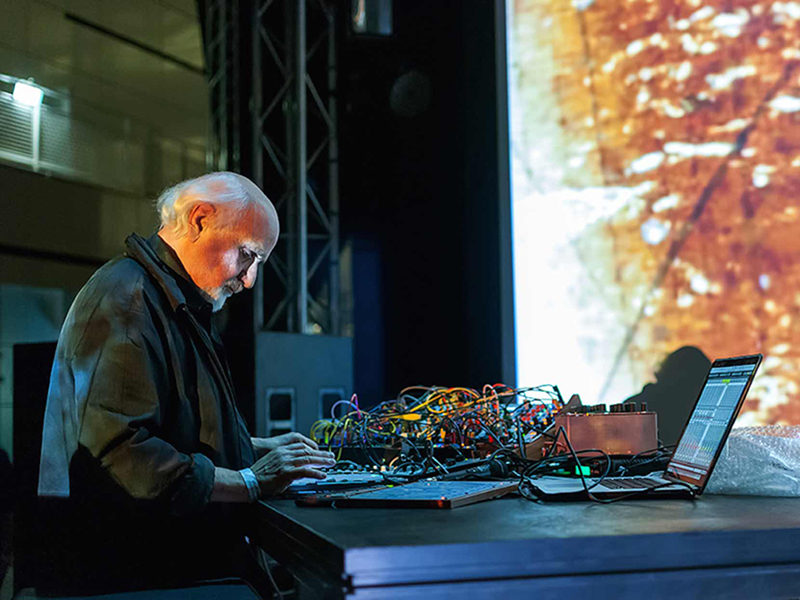 FOR MUCH OF HIS MUSICAL LIFE, Morton Subotnick has operated on a scale much larger than his contemporaries. In the early 1960s, after already developing a successful career as a clarinetist and composer of traditionally-notated and orchestrated works, Subotnick began to develop the concept of “new new music”: a kind of musicality that could be accessible and creatable by anyone, regardless of their amount of conservatory training or immersion in the heritage of art music. To do this, Subotnick envisioned both new electronic technologies and new musical techniques that could create a kind of “day zero” for music: an accessible, democratic, and future-oriented musicality. Subotnick’s “new new music” asks: what would it mean to break music down to its “raw” elements, using the science and technology of the modern era, and shape these raw elements with new musical instruments—a radical newness, not only of composition, but the medium of music itself?


Beginning in 1961, stemming from foundational encounters with the films of Jean Cocteau, the stoic philosophy of Marcus Aurelius, and early lectures by Marshall McLuhan, Subotnick began to re-think human musicking by re-thinking the role of the composer and the nature of musical communication. Early works composed in San Francisco, including intermedia works for Ann Halprin’s Dancer’s Workshop such as Parades and Changes, began to explore the “raw” elements of sound newly available through the electronic instruments at the San Francisco Tape Music Center. By 1965, Subotnick had worked with engineer Don Buchla to develop the Buchla Box— a centralized, modular system that could make the instruments of the electronic music studio natural extensions of the human body, including control not only by touch, but also by voice. And in 1966, installed in a new studio in New York, Subotnick created the first work of electronic music explicitly commissioned and created for the medium of the LP record: Silver Apples of the Moon, released on Nonesuch in 1967.

Silver Apples articulates Subotnick’s compositional approach not only in its media-specificity, but also its form. Its two sides correspond to what Subotnick argues are the two main domains of music: pitch and pulse. Within these domains, Subotnick defines “pitch gesture” and “rhythm” as individualized gestures, distinguishing melodic contours or rhythmic phrases within the generalized and impersonal domains of pitch and pulse. Using the Buchla Box, Subotnick developed musical ideas based on these basic concepts, and created Silver Apples as a piece of “music as a studio art”: something that was at the same time a composition and performance, all in one work.

Subotnick’s effort to create “new new music” has evolved since 1961, adding new dimensions to this paradigm with each major work. Over the second half of the century, Subotnick began to think more about the political dimensions of the “new new music” and its basic building blocks, and has made works that dramatize human struggle and resiliency, such as Jacob’s Room, and has now composed a new work that consolidates years of musical and philosophical thought: Crowds and Power. Citing Beethoven’s claim that music is “thinking in tones”, Subotnick sees the medium of “new new music” as an opportunity to communicate a message that is at once global and personal, urgent and timeless. Returning to Elias Canetti’s Crowds and Power, a book Subotnick began to study in the 1980s, this piece thematizes the personal and political dimensions of the “raw” molecules of music: the human element of pitch, and the political element of pulse.

The first section of the work, “Intimate Immensity”, deals with pitch and pitch gesture. Pitch gesture gives the work humanity, meaningfulness from one person to another. In this section, Joan La Barbara sings, speaks, utters, and vocalizes without words, highlighting her character’s role not only as a human speaking a language, but also as a human communicating in musical tones.


The second section, titled “Crowds and Power”, deals with pulse and rhythmic gesture. This section recalls Canetti’s writing on the Māori Haka, which he cites as an example of the political power of pulse without individual rhythm. According to Canetti, pulse can create crowds—groups of people oriented and entrained to a single beat, without individualization. This creates the possibility for the emergence of power: control over large groups of people. And yet the Haka also contains an escape route from mass control of people: it ends when participants stare into each other’s eyes, eventually causing those in power to recognize individual humanity. In this section, which focuses on pulse and rhythm, La Barbara becomes a symbol of power, eating her victims. Yet she eventually gets “stared down”, and she, and her power, rapidly disappear.

The final section, “epilogue”, combines rhythm and pitch gesture to create a quiet, tender quality, conveying a kind of loss of possibility of dealing with either dimension in its raw state—and the possibility of something beautiful emerging from interacting with these raw dimensions of sound in time. As in Silver Apples, the musicality of Crowds and Power is emergent: it emerges in the act of composition, improvisation, and performance.


Crowds and Power is an expression of a musical-philosophical life’s work, a “thinking through tones”. Subotnick describes this work as a “media tone poem” that leverages science and technology to express what words cannot. This is music that not only comments on the world as it has been, but also opens up possibilities for worlds as they can be. As Subotnick notes, when he sits on the porch at night to watch the sun set, he likes to think of it instead as an "earth rise”: an event that signals new possibilities for the world to come.

— TED GORDON is a PhD Candidate in the History and Theory of Music at the University of Chicago, currently researching music, technology, and experimentation in the 1960's.