Milwaukee's Present Music, one of the leading new music ensembles in the Midwest and in the United States, presents a concert on August 30th with a composer who has become a perennial favorite: Kamran Ince. Dubbed "Ince by Ince", this concert — which is a Milwaukee Journal Sentinel's critic's pick — features five works by Ince, three of which will be US Premieres. The concert will be recorded for Present Music's 10th CD release on Innova, and features a slew of other activities: a Turkish Bazaar-style celebration before the concert, and a free pre-concert workshop on Turkish instruments and music with Dr. Mehmet Sanlikol.

In the Washington Post, Stephen Brookes writes: "'Ausmani,' a 2012 work for flute and cello by the gifted Turkish-American composer Kamran Ince [...] builds spare, questioning music gestures — flavored with microtones and other 'extended' techniques' —into a radiant climax, before dissolving again into silence."

Ince has been a long-time collaborator with Present Music, who have commissioned him to compose over a dozen works since the 1990's. In a recent feature in the Milwaukee Journal Sentinel, Ince says, "We're like family in a way [...] I can try various different things, change things, play with things and they are open to it all. They are such eager musicians [...] I really know them, and I can really be free."

Check out a performance of Ince's Dreamlines below, and be sure to catch Present Music on August 30th!

Our PSNY composers are keeping busier than ever, and we'd like to share three projects that are making headlines across the nation. Starting with a bi-coastal collaboration, California-based composer (and librettist) Ken Ueno is working with Boston-based Guerilla Opera on a new project entitled Gallo [Chicken], directed by Sarah Meyers. Premiering at the end of May, this evening-long chamber opera "investigates how the landscape and man shape and transform each other, and addresses the fundamental question of ontology: 'the chicken or the egg?'"

A week earlier, in Washington, D.C., David T. Little's Soldier Songs will be performed at the Atlas Performing Arts Center. Recently featured in The Washington Post, this work is a tour-de-force multimedia event, bringing out Little's signature compositional voice and disturbing subject matter. Check out Little's Last Nightfall, for soprano and ensemble, to get a taste of Little's powerful, political writing.

And, for those who haven't heard, Kamran Ince has premeired a new monodrama, entitled Abandoned, as a part of Opera Memphis' "Ghosts of Crosstown"  festival. Writing through "the perspective of an abandoned building speaking to the sun at night," this work inhabits the world of the Sears Crosstown Building in downtown Memphis, abandoned in 1993.

We're thrilled to announce the launch of the PSNY Greenroom; a new series which makes it easier than ever to discover new music and see what ensembles across the country are listening to and performing.

The Greenroom highlights the ensembles and artists who are defining the landscape of contemporary music. Each month, an ensemble or artist will select works from the PSNY catalogue that they are excited about performing, listening to, or both. The Greenroom is your backstage pass into the ears and creative minds of your favorite artists; a place of discovery for anyone interested in contemporary music, driven by artists, for artists. 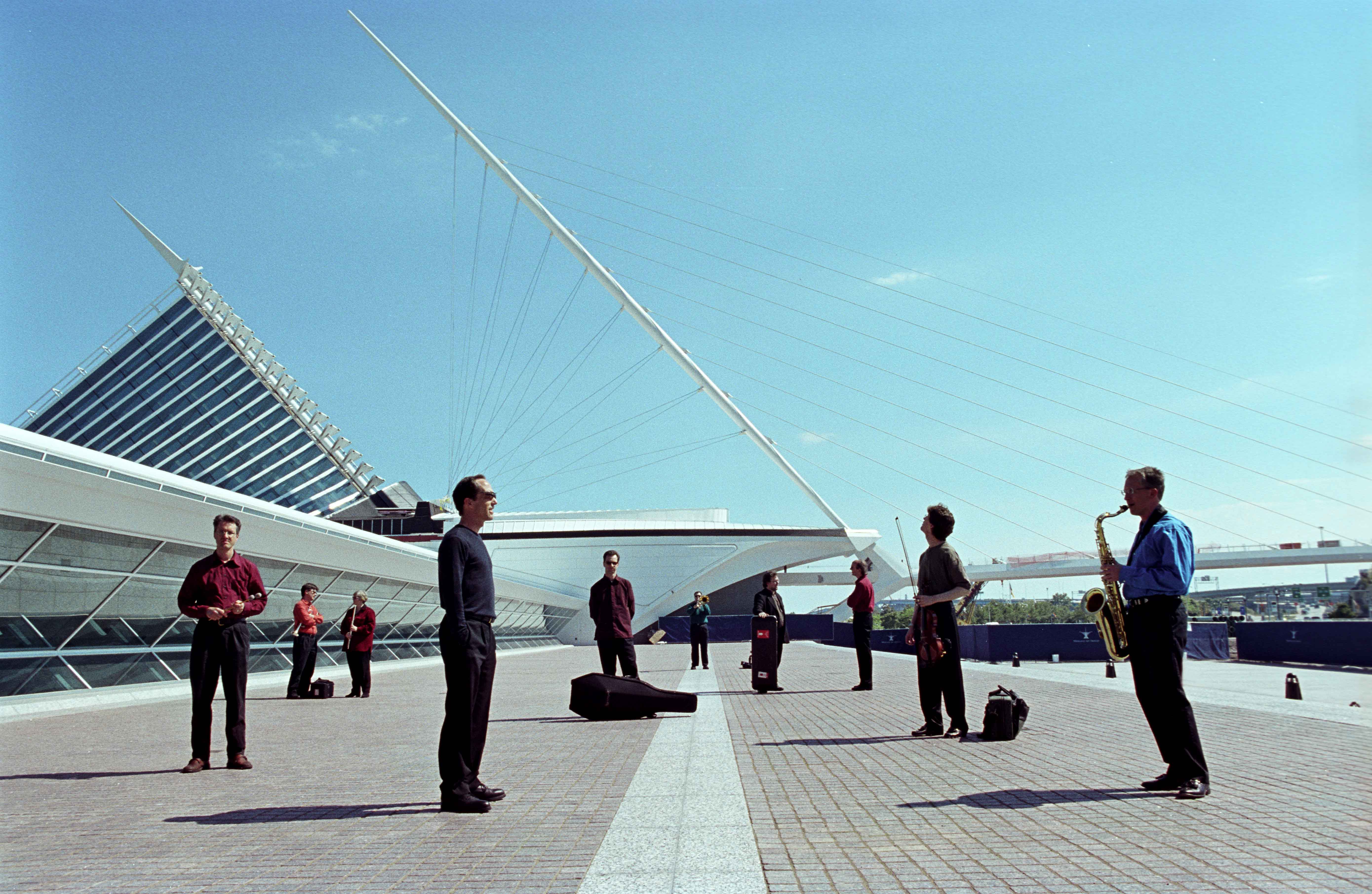 Our first visit to the Greenroom is with Present Music, and features director Kevin Stalheim's favorite selections from the PSNY catalog. Based in Milwaukee since 1982, Present Music has just been awarded an NEA Art Works grant for its 32nd season finale concert, Home Place, in collaboration with Milwaukee artist Reginald Baylor's Typeface Project. As part of Home Place, Present Music partners with Milwaukee Opera Theatre to present a major public concert event on June 21, featuring Shelter by David Lang, Julia Wolfe, and Michael Gordon, which is accompanied by a film by Bill Morrison. The concert also includes a performance of Ahyem by Bryce Dessner, as well as a performance of original music and art by students and senions in Milwaukee.

So, needless to say, Present Music is on the cutting edge of commissioning new music, along with developing innovative performance opportunities that reach out to the wider community. Have a listen to director Kevin Stalheim's favorite PSNY works below, and stop by the Greenroom to read more about his selections.