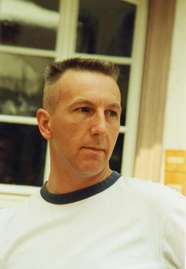 "Musicians today are no longer obliged to rely on the received traditions of music college when presenting new work. Rather, they now work in a deregulated aesthetic environment where, say, the deployment of digital samples and the influence of jazz/trip-hop/Balinese gamelan/your non-classical music of choice must be addressed with as much rigour as traditional instrumental virtuosity or the conventions of the sonata form. The Steve Martland Band… was grappling with these issues before most people realised they existed."  (BBC Music Magazine)

Steve Martland was born on 10 October 1954 in Liverpool and studied composition in Holland with Louis Andriessen. His preoccupation with the function of the composer in society was reflected in his commitment to music education. He directed many composition projects in schools both at home and abroad and he ran Strike Out, his own annual composition course for school children.

Martland rejected academic dogma in favour of a plurality of musical influences, both ancient and modern, ‘serious’ and vernacular. He worked frequently with artists outside classical institutions - Dutch and American groups, freelance musicians and especially his own Steve Martland Band touring his music internationally. In 1998 he collaborated with the band Spiritualized on a project for the Flux Festival in Edinburgh. His music has been adapted frequently for film and TV use, and scores for TV include the multi-media Albion, commissioned by the BBC and Granada TV’s Children’s drama Wilderness Edge. He also wrote and directed 'A Temporary Arrangement with the Sea', a film about Louis Andriessen commissioned by the BBC in co-production with NOS, Holland.

Martland’s large orchestral work Babi Yar (1983) was premiered almost simultaneously in the USA by the St. Louis Sympony under Leonard Slatkin and in the UK by the Royal Liverpool Philharmonic Orchestra and Nicolas Cleobury under the auspices of spnm (Society for the Promotion of New Music), Babi Yar was subsequently recorded for the ledgendary Factory label. Marland re-edited the score and the first performance of the revised version was given in Glasgow by the BBC Scottish Symphony Orchestra under Jurjen Hempel as part of a complete Martland evening, supported by the BBC /RPS Encore project.

Often amplified, muscular and powerfully rhythmic, Martland's music has been extensively choreographed: Drill for the Sydney Opera House, Crossing the Borderfor the National Ballet, Amsterdam. Danceworks, commissioned and premièred by London Contemporary Dance Theatre, has received many new productions around the world, notably by Les Grands Ballets Canadiens and Ballet Tech in New York. Remix was awarded the SACD Prize for Video Dance Choreography Music after choreographed for BBCTV by Aletta Collins. In 2005, Martland was commissioned by the Henri Oguike Dance Company resulting in Tiger Dancingwhich remains in the company's repertory.

His widely performed choral music includes Street Songs, originally written for the King’s Singers and Evelyn Glennie and later presented by the Monteverdi Choir and Colin Currie under John Eliot Gardiner with a film by the Quay brothers; and Tyger Tyger for Youth Music’s nationwide Sing Up campaign.

Martland was composer in residence at the ETNA Music Festival in Sicily in 2006 and 2007.  His recent commissions included the test piece for the TROMP International Music Festival and Competition, Starry Night for percussion and string quartet, and Sea Songs for Ars Nova Copenhagen conducted by Paul Hillier.