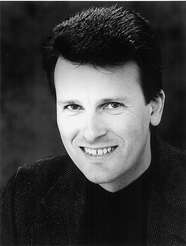 Composer Stephen Paulus has been hailed by The New Yorker as “...a bright, fluent inventor with a ready lyric gift.” His prolific output of more than 300 works is represented in many genres, including music for orchestra, chorus, chamber ensembles, solo voice, keyboard and opera. Commissions have been received from the New York Philharmonic, Cleveland Orchestra, Atlanta Symphony Orchestra, Minnesota Orchestra, Dallas Symphony Orchestra, The Houston Symphony and St. Paul Chamber Orchestra, with subsequent performances coming from the orchestras of Los Angeles, Philadelphia, St. Louis, the National Symphony Orchestra, and the BBC Radio Orchestra. He has served as Composer in Residence for the orchestras of Atlanta, Minnesota, Tucson and Annapolis, and his works have been championed by such eminent conductors as Sir Neville Marriner, Kurt Masur, Christoph von Dohanyi, Leonard Slatkin, Yoel Levi, the late Robert Shaw, and numerous others.

Paulus has been commissioned to write works for some of the world’s great solo artists, including Thomas Hampson, Håkan Hagegård, Doc Severinsen, William Preucil, Cynthia Phelps, Evelyn Lear, Leo Kottke and Robert McDuffie. Chamber music commissions have resulted in works for The Chamber Music Society of Lincoln Center, Friends of Music at the Supreme Court, the Cleveland Quartet and Arizona Friends of Chamber Music. He has been a featured guest composer at the festivals of Aspen, Santa Fe, Tanglewood, and, in the U.K., the Aldeburgh and Edinburgh Festivals.

As one of today’s pre-eminent composers of opera, Paulus has written nine works for the dramatic stage. The Postman Always Rings Twice was the first American production to be presented at the Edinburgh Festival, and has received nine productions to date. Commissions and performances have come from such companies as the Opera Theatre of St. Louis, Washington Opera, Boston Lyric Opera, Florida Grand Opera, Berkshire Opera Company, Minnesota Opera, and Fort Worth Opera, among others, as well as many universities and colleges.

His choral works have been performed and recorded by some of the most distinguished choruses in the United States, including the New York Concert Singers, Dale Warland Singers, Los Angeles Master Chorale, Robert Shaw Festival Singers, New Music Group of Philadelphia, Master Chorale of Washington DC, Vocal Arts Ensemble of Cincinnati, Mormon Tabernacle Choir, and dozens of other professional, community, church and college choirs. He is one of the most frequently recorded contemporary composers with his music being represented on over fifty recordings.

A recipient of both Guggenheim and NEA Fellowships, Paulus is also a strong advocate for the music of his colleagues. He is co-founder and a current Board Vice President of the highly esteemed American Composers Forum, the largest composer service organization in the world. Paulus serves on the ASCAP Board of Directors as the Concert Music Representative, a post he has held since 1990. Paulus’ music has been described by critics and program annotators as rugged, angular, lyrical, lean, rhythmically aggressive, original, often gorgeous, moving, and uniquely American. He writes in a musical language that the Cleveland Plain Dealer has characterized as “...irresistible in kinetic energy and haunting in lyrical design.”The New York Times adds “Mr. Paulus often finds melodic patterns that are fresh and familiar at the same time....His scoring is invariably expert and exceptionally imaginative in textures and use of instruments.”