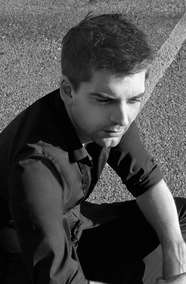 Matthias Pintscher was born in Marl in North Rhine-Westphalia, Germany in 1971 and studied composition with Giselher Klebe and Manfred Trojahn. Formative influences were his encounters with Hans Werner Henze, who invited him to Montepulciano in 1991 and 1992, and with Helmut Lachenmann, Pierre Boulez and Peter Eötvös. Awards include first prize in the Hitzacker Composition Competition (1992), the Rolf Liebermann Prize and the Opera Prize from the Körber Foundation Hamburg (1993 and 1996), the Prince Pierre de Monaco Prize (1999), Composition Prize from the Salzburg Easter Festival and the Hindemith Prize from the Schleswig Holstein Music Festival (2000). In 2002 he was awarded the Hans Werner Henze Prize (Westphalian Music Prize). Pintscher first came to international attention with the opera Thomas Chatterton at the Semper Opera, Dresden (1998), and later with his second opera L'espace dernier at the Opéra National de Paris (2004). He was composer-in-residence with The Cleveland Orchestra in 2002, the following season at the Konzerthaus Dortmund, at the Lucerne Festival in 2005, with the Radio Symphony Orchestra Saarbrücken from 2006 to 2007, at the Philharmonie, Cologne from 2007 to 2008 and at the RSO Stuttgart from 2008 to 2009. From 2010 onwards Pintscher is “Artist-in-Association” at the BBC Scottish Symphony Orchestra. As a conductor, Matthias Pintscher works regularly with leading orchestras and ensembles in Europe and the USA. From 2007 to 2009 he was Professor of Composition at the University of Music and Performing Arts Munich and since 2010 at New York University.