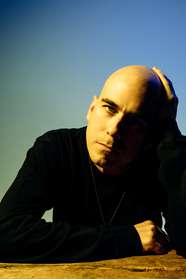 His classical works are noted for their bold combination of acoustic instruments and electronics, and are documented on four full length recordings. Working extensively with NYC based collaborators including ICE, Talea, TAK Ensemble, and Mivos Quartet, his music has been celebrated over the last decade for its “hallucinatory intensity” (New York Times), “snarling exuberance” (Pitchfork), “helter-skelter, electronically enhanced cadenzas” (New Yorker Magazine), and coupling of “crystalline clarity with the disorienting turbulence of a sonic vortex” (Wire Magazine).  His most recent, entitled “Cycle and Reveal” was released by Denovali in September of 2019.  New Yorker Magazine described it as “chamber music that buzzes with remarkable textures and vivid atmosphere.”

Under the name Oneirogen, Diaz de Leon toured internationally and produced a series of experimental electronic recordings from 2012-16, exploring linkages between ambient, drone, metal, and industrial music genres. He is guitarist and vocalist in Luminous Vault, a band co-founded with bassist Samuel Smith (Artificial Brain) in 2015. Combining black and death metal with machine rhythm and synthesizers, their EP “Charismata” was released by Profound Lore Records in 2017. Other current projects include Bloodmist, an electroacoustic improvisation trio with Jeremiah Cymerman and Toby Driver, whose most recent recording was given favorable reviews by National Public Radio and Downbeat Magazine.

Diaz de Leon is a native of St. Paul, Minnesota, and has been a resident of NYC since 2004. After receiving his doctorate in music composition from Columbia University in 2013, he held a postdoctoral appointment as Core Lecturer in Music Humanities from 2015-2018, while also teaching at the Columbia Computer Music Center. In 2019, he was appointed Assistant Professor of Music and Technology at Stevens Institute of Technology.