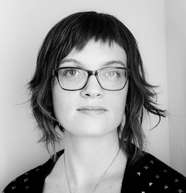 As a bassoonist and improviser, Katherine amplifies her instrument and employs a flexible electronics set-up. Her debut solo album garnered praise in The Wire (“Bassoon colossus”) and Downbeat (“seriously bold leaps for the bassoon”). Collaboration is central to her practice, and she has documented such work on numerous recordings. About her 2012 release with her quartet Pretty Monsters, All About Jazz stated: “a sonically audacious record documenting the development of a bold young artist whose arresting improvisations are as remarkable as her engaging compositions.”  In 2014, her duo with violist Amy Cimini released its third record, which was recorded in residency at Rensselaer Polytechnic Institute’s EMPAC, on Carrier Records. She has recently released a duo recording with Anthony Braxton, and the multi-movement work Diligence Is to Magic as Progress Is to Flight is out on Parlour Tapes+, as a stereo recording and do-it-yourself cassette installation box set. She is a founding member of Till by Turning.

As an undergrad at Oberlin, Katherine studied bassoon performance and comparative literature; she completed her masters in composition at Wesleyan University, working with Anthony Braxton, Ron Kuivila, and Alvin Lucier. Katherine currently wrapping up her DMA in composition at Northwestern University, where she has worked with Hans Thomalla, Jay Alan Yim, Chris Mercer, and the late Lee Hyla. Katherine’s dissertation documents and analyzes Anthony Braxton’s Trillium J: The Non-Unconfessionables.