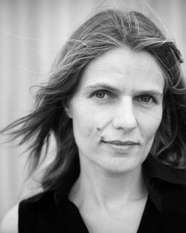 Katharina Rosenberger has been the recipient of the"Mediaprojects Award/Sitemapping" (2011/2005) of the Federal Office of Culture, Berne, Switzerland, the Hellman Fellowship, San Francisco (2010), the 2010 Sony Scholar Grant, the Reid Hall Fellowship, New York (2007) and the Camargo Foundation Fellowships, France (2007) as well as the "Londoner Werkjahr" of the Zuger Kulturstiftung Landis & Gyr, Switzerland (2001). In 2011 her Portrait CD “TEXTUREN”, released on HatHut Records, got awarded with the Copland Recording Grant.

Katharina Rosenberger holds a Doctor of Musical Arts in Composition from Columbia University, under the mentorship of Tristan Murail. Since Fall 2008, Katharina holds the position of Assistant Professor in Composition at the Department of Music, University of California, San Diego, USA.