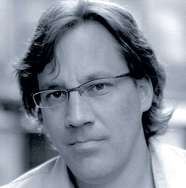 Hailed by The Los Angeles Times as “that rare composer, able to sound connected with modern music and yet still seem exotic,” Kamran Ince is a force on the cutting edge of contemporary composition, bridging the East and the West. His numerous prizes include the Prix de Rome, the Guggenheim Fellowship, and the Lili Boulanger Prize. His Waves of Talya was named "one of the best chamber works of the 20th Century by a living composer" by Chamber Music Magazine. Born in Montana in 1960 to American and Turkish parents, Ince holds a doctorate from the Eastman School of Music, and currently serves as professor of composition at University of Memphis and as Co-Director of MIAM at Istanbul Technical University.

Ince’s music is heard on the stages of leading international orchestras and ensembles. Concerts devoted to his music have been heard recently at the Holland Festival, CBC Encounter Series in Toronto, the Istanbul International Music Festival, the Estoril Festival in Lisbon, and the Cultural Influences in Globalization Festival in Ho Chi Minh City.

His latest projects include Far Variations (2009), commissioned by Arizona Friends of Chamber Music for the Los Angeles Piano Quartet; Concerto for Orchestra Turkish Instruments and Voices (2009), for the Turkish Ministry of Culture; Dreamlines (2008), celebrating the centennial of the Turkish Chamber of Architects; Music for a Lost Earth (Ambient Music Project) (2007); Gloria (Everywhere) (2007), for Chanticleer’s Mass Project; Turquoise (2005), various works arranged for the Netherlands Blazers Ensemble; and his fifth symphony Galatasaray (2005), in honor of the infamous soccer club's centennial celebrations.

In 2010 Naxos released four new albums of Kamran Ince’s music: Music for a Lost Earth, Galatasaray, Hammers & Whistlers and Constantinople. Along with Kamran Ince (2005) Naxos has now released five albums featuring the composer’s music. His impressive discography of 19 recordings also includes In White on Innova, Fall of Constantinople on Argo/Decca and Kamran Ince & Friends on Albany.

Milwaukee-based new music staple Present Music premiered Still, Flow, Surge in their water-themed concert on August 27 in Milwaukee’s Uihlein Hall. The event was open to the public and engaged Milwaukee’s artistic, scientific, technological, business and ecological partners to inspire the community to celebrate and promote Milwaukee's world-leading water resources. The work was commissioned by John Shannon and Jan Serr for the 30th Anniversary of Present Music. In June of 2011, The Crossing Choir of Philadelphia premiered Ince's most recent a cappella choral work Thyestes, based on text from Seneca text of the same name.

Ince continues to work on Judgment of Midas, an opera under development at American Opera Projects, commissioned by Crawford Greenewalt, Jr. III, to mark the 50th anniversary of the Sardis excavations in Turkey. Present Music and Florentine Opera Company will premiere the opera in September, 2012 in Milwaukee, WI. Ince's The Invasion, for chamber orchestra, part of the larger Gallipoli Symphony (a commissioned symphony-in-progress to which several composers will contribute), premiered at Gallipoli, Turkey on April 25 at the Canberra International Music Festival to mark the centennial in 2015 of the 1st World War battle of Gallipoli.