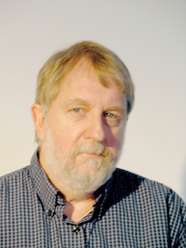 Born in Chicago in 1943, Joseph Schwantner received his musical and academic training at the Chicago Conservatory and Northwestern University. While developing a profile as a leading American composer, he also served on the faculties of The Juilliard School, Eastman School of Music and the Yale School of Music, simultaneously establishing himself as a sought after composition instructor.

Schwantner’s compositional career has been marked by numerous distinctions and awards. His early accolades include three BMI Student Composer Awards, the Bearns Prize, a Guggenheim Foundation Fellowship, and many other awards, grants and fellowships. In 1979 his orchestral composition Aftertones of Infinity won the Pulitzer Prize. In 1985 his life and music were the focus of a television documentary entitled Soundings, produced by WGBH in Boston for national broadcast. That same year his work, Magabunda “Four Poems of Agueda Pizarro”, recorded on Nonesuch Records by the St. Louis Symphony, was nominated for a 1985 Grammy Award in the category “Best New Classical Composition,” and his A Sudden Rainbow, also recorded on Nonesuch by the St. Louis Symphony, received a 1987 Grammy nomination for “Best Classical Composition.” Schwantner is a member of the American Academy of Arts and Letters.

Schwantner has enjoyed particular success in the orchestral world. After winning the Pulitzer Prize for Aftertones of Infinity, Schwantner composed New Morning for the World: Daybreak of Freedom on words from Martin Luther King, Jr. for narrator and orchestra, which has since entered the standard repertory of orchestras nationwide. His Percussion Concerto has garnered over one hundred performances since its 1995 premiere and is one of the most performed concert works of the past decade. His music is noted for its deft implementation of luminous color and fluctuating rhythms in a dramatic and unique style, heard in such signature works as the Percussion Concerto, New Morning for the World, and Magabunda, among others. Schwantner’s Morning’s Embrace was commissioned by the National Symphony Orchestra and premiered at the Kennedy Center in Washington, DC on February 23, 2006. The Washington Post praised its “delicate timbres” and “unique and original” sound. His music has been championed by such conductors as Leonard Slatkin, Marin Alsop, Andrew Litton, Hugh Wolff and artists including Evelyn Glennie, Sharon Isbin and Anne Akiko Meyers, among many others.

In January 2007, Schwantner was selected as the composer for the second cycle of Ford Made in America, the nation's largest commissioning consortium of orchestras spearheaded by the League of American Orchestras and Meet the Composer. The resulting work, Chasing Light… received its world premiere with the Reno Chamber Orchestra in September of 2008 and completed its tour of over fifty orchestras in all fifty states in the Fall of 2010. The composer's more recent works include: Silver Halo, commissioned by Flute Force for their 25th anniversary season in 2007; and The Poet’s Hour… for violin and string orchestra commissioned by the Seattle Symphony in honor of music director Gerard Schwarz’s farewell season.

Other recent commissions for the composer include the world premiere by eighth blackbird in October 2006 of Rhiannon’s Blackbirds, which the group commissioned and included on their nine-month United States tour during the 2006-07 season. In August 2009, Schwantner saw the world premiere of Looking Back for flute and piano, commissioned by former students and colleagues of Samuel Baron to commemorate his memory. Looking Back was performed by flutist Alexa Still and pianist Stephen Gosling at the National Flute Association’s 37th Annual Convention in New York City. The music of Joseph Schwantner is published exclusively by Schott Helicon Music Corporation.