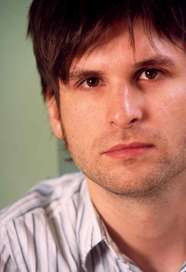 Duddell’s musical experiences in Manchester encompassed everything from brass bands to electronica, 80’s pop to classical. The wide range of styles he absorbed are reflected in his work. His music is performed at major festivals and venues and he has received several commissions from the BBC, including the Proms: Vaporize for Paul Lewis and Steven Osborne (2000), Ode to English for the King's Singers' Orianna project (2002) and in 2003 his percussion concerto Ruby, premiered by Colin Currie and the Bournemouth Symphony Orchestra under Marin Alsop. This immediately received further performances in both the BBC Young Musician of the Year and the European Young Musician of the Year contests and has since been heard as far afield as Malaysia and New Zealand.

Duddell’s commissions also include The Redwood Tree for the Royal Marines Band and Azalea Fragments for the London Symphony Orchestra. He was the natural choice for a collaboration between Mercury Music Award winning band Elbow and the Hallé in 2009. This large scale project for the Manchester International Festival saw Duddell extending and re-orchestrating songs from across Elbow’s career.

Duddell’s long–standing working relationship with Colin Currie began with their involvement with The Steve Martland Band, the first fruit of which was Parallel Lines for marimba and piano. Snowblind, a concertante work for Colin Currie and the BT Scottish Ensemble, was toured in Scotland and taken to Europe in 2002. The Proms commission, Ruby, followed and two further works for Colin Currie have emerged in recent years: Freaky Dancer for vibraphone and guitar quartet, which was commissioned by the Los Angeles Guitar Quartet and toured throughout the USA before being recorded for Telarc, and Catch for Currie’s duo with trumpeter Håkan Hardenberger.

Not Waving but Drowning, Duddell's first major orchestral work, commissioned by the BBC and written for Catherine Bott and the BBC Scottish Symphony Orchestra, was premièred at the 2002 Huddersfield Festival. It was nominated for the BBC Radio 3 Listeners Award in the first British Composer Awards in 2003. His cello concerto, Shadowplay, was commissioned and premiered by ViVA! with Thomas Carroll at the Royal Concert Hall, Nottingham. Shadowplay was repeated at the 2003 Lichfield Festival, where Duddell was composer-in-residence. Carroll has since performed it with the BBC Concert Orchestra. Isolation (2006) was commissioned by Orchestra of the Swan.

Duddell has had a long and fruitful relationship with the Presteigne Festival. An orchestral commission in 2004, Mnemonic for flute, harp and strings was followed by Four (mere) Bagatelles for string quartet in 2007 and in 2008 he was the festivals' Composer in Residence for which he wrote Nightswimming for the Kungsbacka Piano Trio. The festival subsequently commissioned a Magnificat and Nunc Dimittis for 2011.

Recent commissions have come from the Manchester International Festival to create a concert with Elbow and the Hallé in 2009; and the BBC, who invited Duddell to collaborate with dubstep pioneer Nero and the BBC Philharmonic on a work to celebrate the launch of MediaCity in Salford in 2011. Duddell continues to work regularly with high-profile bands including James and The Reads, and has renewed his association with The Steve Martland Band, conducting them in a major tribute concert for the 2013 Manchester International Festival; further concerts are planned. Duddell's music can be heard on NMC, Onyx, Telarc and FMR.