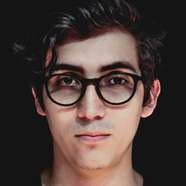 Recently, James has been selected as one of the winners of National Sawdust's Digital Discovery Festival New Works Commission.

Serving as the 2019 composer-in-residence for the Medellin Philharmonic, James premiered "RETRO", a concerto for orchestra and electronics. Currently, James is working on a duo piece for the National Sawdust Ensemble, as well as on the production of his conceptual album for violin in collaboration with Julia Suh.

James has won multiple international and national awards, such as the 2015 National Prize of Music in Composition from the Colombian Ministry of Culture for "Saturn Lights", his concerto for percussion trio and orchestra. His orchestral piece "Frack[in]g" was awarded the 2018 Bogotá Philharmonic Prize in Composition. Similarly, James has been a fellow at the Orchestra of St. Luke’s DeGaetano Institute, the American Composers Orchestra's Underwood Readings, the Nashville Symphony Composers Lab, the Loretto Project, the Gabriela Lena Frank Creative Academy of Music, the International Winter Festival of Campos do Jordao, and the Q-arte string quartet festival.​

James is currently pursuing a Ph.D. in composition at the University of Pennsylvania as a Benjamin Franklin fellow, where he studies composition with Tyshawn Sorey. As the 2016 Banco de la República de Colombia's fellow, James earned an M.M. in Composition from the Manhattan School of Music, receiving the Nicolas Flagello and Saul Braverman Awards. James studied composition with Moisés Bertrán, Harold Vázquez, and Gustavo Parra at the National Conservatory of Music, received his B.M in Composition, in 2015. His mentors include Reiko Füting, Marcos Balter, Gabriela Lena Frank, James Primosch, and Anna Weesner.

James is a co-founder and member of the Colombian Composers Collective (C3) and a concert series curator for Transversal Sonora.