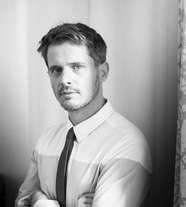 His music has been performed by the American Composers Orchestra, Center City Opera Theater, Opera Index, members of the Los Angeles Opera Domingo-Thornton Young Artists Program, the NOW Ensemble (MATA), Present Music Ensemble, So Percussion, and the eighth blackbird ensemble. Spears worked with musicologist Simon Morrison to realize the original score for Prokofiev's ballet Romeo and Juliet, which was premiered by the Mark Morris Dance Group and the Bard Festival in 2008. More recently, Spears was commissioned to write a new piece for the JACK Quartet based on his experience as composer-in-residence at the Buttonwood Psychiatric Unit in New Jersey. Other commissions have come from the Present Music Ensemble and choreographer Christopher Williams, who commissioned Spears’ Requiem for the dance “Hen’s Teeth.” Current projects include another collaborative project with Christopher Williams and a new one-act chamber opera commissioned by Houston Grand Opera’s HGOco with a libretto by Farnoosh Moshiri. Spears is also writing an evening-length opera based on the novel Fellow Travelers in collaboration with writer Greg Pierce and director Kevin Newbury. His opera Paul’s Case is being developed by American Opera Projects.

Spears has won multiple prizes from both BMI and ASCAP as well as grants and honors from the American Academy of Arts and Letters, the American Composers Forum, the Fulbright Foundation, and the Vagn Holmboe Competition. In 1999 he was awarded a First Music Commission to write a piece for the New York Youth Symphony, which was given its premiere at Carnegie Hall. He has been an artist-in-residence at both Yaddo and the MacDowell Colony.

Spears studied composition at the Eastman School of Music, the Yale School of Music, and Princeton University. He spent a year as a Fulbright Scholar at the Royal Danish Academy of Music where he studied early Danish minimalism and orchestration with composers Hans Abrahamsen and Per Nørgård. More recently he was a participant in American Opera Projects' 2007-2008 Composers and the Voice season.

In addition to his work as a composer, Spears teaches a Freshman Writing Seminar at Princeton called Music and Madness, which explores the popularized link between creativity and mental illness. He lives in Brooklyn.