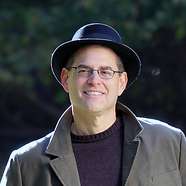 Critics have described the music of Douglas J. Cuomo as “jolting, haunting, varied, infectious. . . frankly, it is ingenious” and “eighteen minutes of velocity and ecstasy. . . mesmerizing . . . fiercely American in the sense of Whitman, Hart Crane and Ives.” as well as “hugely effective musically, as well as awe-inspiring”, “irresistble” and “awesome”.

Cuomo has composed for concert and theatrical stages, television, and film. His expressive musical language, with its arresting juxtapositions of sound and style, is a natural outgrowth of his eclectic background and training. He became a professional guitarist while still in his teens, alternating years of college—studying jazz, world music, and ethnomusicology at Wesleyan University in Connecticut – with years on the road playing in jazz, pop and funk bands.

Recent performances include: Black Diamond Express Train to Hell, a double concerto for cello, sampler, which was premiered by the American Composers Orchestra at Carnegie Hall, with Maya Beiser as soloist (2010); the highly acclaimed chamber opera Arjuna's Dilemma at the BAM Next Wave Festival (2008); Only Breath, commissioned and performed by Maya Beiser, at The International Festival of Arts & Ideas, Ravinia, Carnegie Hall and others (2008); Kyrie, commissioned and performed by Chanticleer, at the Metropolitan Museum of Art's Temple of Dendur  (2007); and Fortune, commissioned and performed by The Young Peoples Chorus of New York City (2007). Work for television and film includes: themes for Sex & The City (HBO), NOW with Bill Moyers (PBS), Wide Angle (PBS), music for Homicide: Life On The Street, and others.

Recent projects include: Winter's Journey, based on Wilhem Mueller's Winterreise poetry cycle, for mezzo-soprano Beth Clayton, electronics and two instrumentalists, commissioned by Music-Theatre Group. His latest opera Doubt, based on the play by John Patrick Shanley who is writing the libretto, sees workshop performances in Cincinnati in November of 2011 as part of Opera Fusion: New Works, a collaboration between Cincinnati Opera, the University of Cincinnati College-Conservatory of Music and Minnesota Opera. Additional workshops are planned for March, June and November 2012.

Cuomo also performs as a guitarist with his band, playing jazz interpretations of his film and television work at venues including Birdland, The Knitting Factory and others. He has lectured widely, at institutions including New York University, Wesleyan University (CT), University of Miami  (FL), University of California at San Diego, Hunter College, Hofstra University, The Asia Society (NY), the University of Memphis and the Rubin Museum (NY).