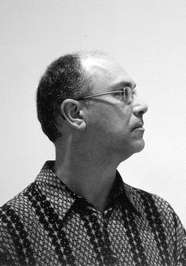 David Felder has long been recognized as a leader in his generation of American composers. His works have been featured at many of the leading international festivals for new music, and he is continually recognized through performance and commissioning programs. Felder’s work has been broadly characterized by its highly energetic profile, through its frequent employment of technological extension and elaboration of musical materials (including his “Crossfire” video series), and its lyrical qualities.

Felder has received numerous grants and commissions, including many awards from the National Endowment for the Arts, two New York State Council Commissions, a New York Foundation for the Arts Fellowship, Guggenheim, Koussevitzky, two Fromm Foundation Fellowships, two awards from the Rockefeller Foundation, Meet the Composer “New Residencies” (1993-1996) with the Buffalo Philharmonic, two commissions from the Mary Flagler Cary Trust, and many more. In May 2010, he received the Music Award from the American Academy of Arts and Letters (a career recognition award). Recent commissioned works include a second string quartet, stuck-stüecke, for the Arditti Quartet (2007), commissioned by the Siemens Foundation; Chashmal for bass voice and electronics, with video by Elliot Caplan (2006-7) for a consortium of European festivals, So Quiet Here, an electronic work dedicated to poet Robert Creeley and commissioned by the Capen Chair in 2006, Sa'arah, part 2 of a cycle for Isherwood, electronics and image, commissioned by the Argosy Fund, Black Fire / White Fire, part 3 of the same project (the entirety titled Shamayim), commissioned by a consortium of presenters worldwide; Insomnia, a work for bass voice and percussion, commissioned by the “Works and Process” Series at the Guggenheim Museum, and rare air, for Jean Kopperud and Steve Gosling (2008-9). Current projects include a work (tentatively titled Le Quatre Temps Cardinaux) for soprano Laura Aikin, bass Ethan Hirschenfeld, large chamber orchestra (Boston Modern Orchestra Project, Signal, and Slee Sinfonietta) and electronics on texts by Neruda, Creeley and Daumal, (Fall 2011), and ensemble works commissioned by Neo Norbotten of Sweden and Norway’s Cikada Ensemble, for the period 2010-12.

Felder serves as Birge-Cary Chair in Composition at SUNY, Buffalo, and has been Artistic Director of the June in Buffalo Festival from 1985 to the present. Since 2006, he has been Director of the Robert and Carol Morris Center for 21st Century Music at the University. From 1992 to 1996 he was Meet The Composer "New Residencies" Composer-in-Residence to the Buffalo Philharmonic Orchestra and WBFO-FM. In 1996, he formed the professional chamber orchestra, the Slee Sinfonietta, and has been Artistic Director since that time. In 2008, he was named SUNY Distinguished Professor, the highest rank in the SUNY system. An active teacher and mentor, Felder has served as dissertation advisor for over forty composers at Buffalo, many of whom are actively teaching, composing and performing internationally at leading institutions. Felder served as Master Artist in Residence at the Atlantic Center for the Arts from February-March, 2010. He has taught previously at the Cleveland Institute of Music, the University of California, San Diego, and California State University, Long Beach, and earned a PhD from the University of California, San Diego, in 1983. His works are published by Theodore Presser, and the first full CD of his work was released to international acclaim (including “disc of the year” in chamber music from both the American Record Guide and BBC Music Magazine) on the Bridge label (Bridge #0049) during 1996. A second disc containing orchestral work was released by Mode Records (Mode #89; “Editor’s Best of the Year” selection, Fanfare Magazine, 2002) in Spring, 2000, and EMF #EM133 was released in July, 2001, containing premiere recordings of orchestral works by Morton Feldman and David Felder (two works for each composer) to very enthusiastic critical review. Two 5.1 surround recordings of his music featuring works with electronics have recently been released in Fall, 2009 on Albany Records (Albany 1137 and 1153). Additional surround recordings are in the final stages and will be released in 2012.