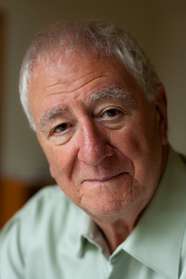 Through more than a hundred published works and many recordings, Bernard Rands is established as a major figure in contemporary music. His work Canti del Sole, premiered by Paul Sperry, Zubin Mehta, and the New York Philharmonic, won the 1984 Pulitzer Prize in Music. His large orchestral suites Le Tambourin won the 1986 Kennedy Center Friedheim Award.

Born in England, Rands emigrated to the United States in 1975, becoming an American citizen in 1983. He has been honored by the American Academy and Institute of Arts and Letters; Broadcast Music, Inc.; the Guggenheim Foundation; the National Endowment for the Arts; Meet The Composer; the Barlow, Fromm, and Koussevitzky Foundations, among many others. In 2004, Rands was inducted to the American Academy of Arts and Letters.

Rands is currently composing a full-scale opera, Vincent, based on the life and work of Van Gogh, with poet J.D. McClatchy.

A dedicated and passionate teacher, Rands has been guest composer at many international festivals and Composer in Residence at the Aspen and Tanglewood festivals. Rands is the Walter Bigelow Rosen Research Professor of Music at Harvard. He has received honorary degrees from several American and European universities.

The originality and distinctive character of his music have been variously described as 'plangent lyricism' with a 'dramatic intensity' and a 'musicality and clarity of idea allied to a sophisticated and elegant technical mastery' – qualities developed from his studies with Dallapiccola and Berio.

Musical America has referred to Rands as "a composer with a poet’s sensibility and a painterly love of color and line."