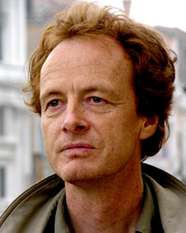 Beat Furrer was born in Schaffhausen, Switzerland in 1954 and moved to Vienna in 1975. For all intents and purposes he is an Austrian composer.  Furrer studied composition with Roman Haubenstock-Ramati with whom he developed a close friendship based on mutual esteem until the older composer’s death in 1994. Thanks to Otmar Suitner, his conducting teacher, Furrer has been in a position to perform works by his professor on a regular basis. He is credited, for example, with the world première of the revised version of Haubenstock-Ramati’s opera Amerika in 1992.

In 1985, Furrer founded the new music ensemble Klangforum Wien, which he led for many years both as artistic director and conductor. It testifies to his leadership as well as of that of his successors that the ensemble is still internatioanlly acclaimed as one of the finest ensembles if its kind worldwide.

Furrer's compositions were published by Universal Edition from the early 1980's until 1995. They include two operas (Die Blinden, 1989, and Narcissus, 1994), works for orchestra (Chiaroscuro, 1983/1986, Risonanze, 1988, Face de la chaleur, 1991, Madrigal, 1992, etc.) and for ensemble (A un moment de terre perdu, 1990, Narcussus-Fragment, 1993, Nuun, 1995/1996 and others), chamber music (two string quartets, a piano trio, a clarinet trio, etc.) and works for solo instrument (piano as well as violincello). In fact it is his Frau Nachtigall for violincello solo, composed in 1982, that stands at the top of his official list of compositions. It is also his first work to have been published by Universal Edition.

Composition never came easily to Beat Furrer, nor is he always happy with the immediate result of his labours. Many of his scores have undergone revisions, some of them in several stages.

The music he wrote in the 1980s and 1990s was fragile, the dynamic range often on the soft side, the tones going beyond the scope defined by tradition, incorporating noises produced by unorthodox playing techniques, sometimes reminiscent of Helmut Lachenmann. However, Furrer is not shy to resort to powerful gestures, his first string quartet (1984) erupting at one point with unexpected aggression or in his ensemble work In der Stille des Hauses wohnt ein Ton (1987), the string tremoli and the flutter-tongue tones are suddenly interrupted by an infernal storm.

Furrer’s music tends to restrict itself to hints rather than making full-blown statements. In vocal works, too, the text is not necessarily set to carry a meaning. In Narcissus-Fragment, drawn from the eponymous opera, the two speakers utter syllables rather than complete words, as if in a desperate and ultimately abortive attempt at communication – a stuttering dialogue destined to fail.

In a way, you can describe Furrer’s oeuvre as ‘concept music’ in that each new work is based on a new concept – the composer sets great store by the search for new and flexible systems. He says:

“For each piece I want to create the material and the interrelationship of the intervals anew. Composing would not interest me if I had the impression that I was reproducing a well-worn concept rather than taking a step in a new direction. Surely, some works are recognizably linked together in that they spin on the same idea but always, that idea appears in a completely new light”.

However, Furrer never sticks rigidly to a new concept on which he is about to base a composition. “A concept devised in advance may in each of the different phases of work produce friction with the material. That is why I am always examining the relationship between the formal concept to the subjective need of expression, as a result revising and even discarding the concept. In other words, I never apply it slavishly but reserve for myself the freedom of decision. In this way, changes in the concept may become more important than the concept itself, for they may lead me to discover areas which I would never have visited.”

As for many of his colleagues, the fine arts serve for Furrer as a source of great inspiration. In composing Nuun (1996) for two pianos and ensemble, he had Yves Klein’s monochrome pictures in his mind. A first look at them reveals little of the pictures’ richness of detail, just as the mass of events that occur in Nuun initially renders the perception of motions and structures in the music well-nigh impossible. During the course of the work, layers are removed one after the other, but their energy continues to be there in the background, ready at any moment to re-emerge to the surface. Furrer sees his work as a composer partly as the realisation of different levels of energy.