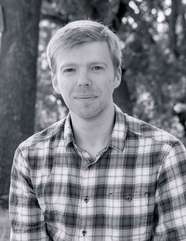 Among the most talented and original of young American composers...master of a uniquely dazzling and mercurial style. – The New Yorker

Andrew Norman (b. 1979) is a Los Angeles-based composer of orchestral, chamber, and vocal music. Norman's work draws on an eclectic mix of sounds and notational practices from both the avant-garde and classical traditions. He is increasingly interested in story-telling in music, and specifically in the ways non-linear, narrative-scrambling techniques from other time-based media like movies and video games might intersect with traditional symphonic forms. His distinctive, often fragmented and highly energetic voice has been cited in <em>The New York Times</em> for its “daring juxtapositions and dazzling colors,” in the <em>Boston Globe</em> for its “staggering imagination,” and in the <em>Los Angeles Times</em> for its “audacious” spirit and “Chaplinesque” wit.

Norman is increasingly interested in story telling in music, and specifically in the ways non-linear, narrative-scrambling techniques from cinema, television, and video games might intersect with traditional symphonic forms. His distinctive, often fragmented and highly energetic voice has been cited in The New York Times for its “daring juxtapositions and dazzling colors,” in The Boston Globe for its “staggering imagination,” and in the Los Angeles Times for its “Chaplinesque” wit.

Norman’s symphonic works have been performed by leading ensembles worldwide, including the Los Angeles and New York Philharmonics, the Philadelphia and Minnesota Orchestras, the BBC, Saint Louis, Seattle, and Melbourne Symphonies, the Orpheus, Saint Paul, and Los Angeles Chamber Orchestras, the Tonhalle Orchester, the Royal Concertgebouw Orchestra, the Orchestre National de France, and many others. Norman's music has been championed by some of the classical music’s eminent conductors, including John Adams, Marin Alsop, Gustavo Dudamel, Simon Rattle, and David Robertson.

In recent seasons, Norman's chamber music has been featured at the Bang on a Can Marathon, the Chamber Music Society of Lincoln Center, the Wordless Music Series, the CONTACT! series, the Ojai Festival, the MATA Festival, the Tanglewood Festival of Contemporary Music, the Green Umbrella series, the Monday Evening Concerts, and the Aspen Music Festival. In May of 2010, the Berlin Philharmonic’s Scharoun Ensemble presented a portrait concert of Norman's music entitled “Melting Architecture.”

Norman is the recipient of numerous prizes, including the 2004 Jacob Druckman Prize, the 2005 ASCAP Nissim and Leo Kaplan Prizes, the 2006 Rome Prize, the 2009 Berlin Prize, a 2016 Guggenheim Fellowship and a 2017 Arts and Letters Award in Music from the American Academy of Arts and Letters, and was named Musical America's 2017 Composer of the Year. He joined the roster of Young Concert Artists as Composer-in-Residence in 2008 and held the title “Komponist für Heidelberg” for the 2010-2011 season. Norman has served as Composer-in-Residence with the Boston Modern Orchestra Project and Opera Philadelphia, and is currently Creative Advisor and Composer-in-Residence with the Los Angeles Chamber Orchestra. Norman’s 30-minute string trio The Companion Guide to Rome was named a finalist for the 2012 Pulitzer Prize in Music, and his large-scale orchestral work Play was nominated for a 2016 Grammy in the Best Contemporary Classical Composition category and received the 2017 Grawemeyer Award for Music Composition.

Andrew Norman is a committed educator who enjoys helping people of all ages explore and create music. He has written pieces to be performed by and for the young, and has held educational residencies with various institutions across the country. Norman joined the faculty of the USC Thornton School of Music in 2013, and he serves as the director of the Los Angeles Philharmonic’s Composer Fellowship Program for high school composers.

Norman recently finished two piano concertos, Suspend, for Emanuel Ax, and Split, for Jeffrey Kahane, as well as a percussion concerto, Switch, for Colin Currie. Recent projects include collaborations with Jeremy Denk, Jennifer Koh, and eighth blackbird. In the 2016/17 season, Norman receives the world premiere of a new children’s opera with the Berlin Philharmonic and London Symphony Orchestra, conducted by Sir Simon Rattle.