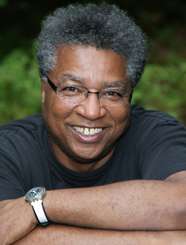 Singleton's music is soulful, with an understated simplicity that I particularly prize. Despite the studied economy of his means and the set character of his images, the music is never cold ... nor abstract. It glows with warmth, it hovers in the air, it paces itself with a glacial but palpably intuitive momentum. It refuses to pander to either academicism or populism, but is so honest and self-assured that listeners flock to it anyway. - Kyle Gann, Chamber Music Magazine

Singleton has amassed numerous awards throughout his compositional life. He is the recipient of a 2003 Guggenheim Fellowship and was commissioned by The Serge Koussevitsky Music Foundation and American Composers Orchestra for the orchestral work When Given a Choice, which premiered at Carnegie Hall in April 2004. His other awards include the Kranichsteiner Musikpreis by the City of Darmstadt, Germany, twice the Musikprotokoll Kompositionpreis by the Austrian Radio, the Mayor’s Fellowship in the Arts Award by the City of Atlanta, and a grant from the National Endowment for the Arts. Also in Spring, 2004, Singleton joined the American Composers Orchestra as “Music Alive” Composer-in-Residence and Artistic Advisor for the IMPROVISE! Festival. In October, 2008, Singleton served as Composer-in-Residence in Tirana, Albania. Singleton has composed music for theatre, orchestra, solo instruments, and a variety of chamber ensembles.

His music is recorded on the Albany Records, Elektra/Nonesuch, First Edition, Tzadik, and Innova labels. Singleton’s latest CD “Sweet Chariot” was released in July, 2014 on Albany Records and is the third album in the label's series devoted to his music. In November, 2008 Singleton's Brooklyn Bones, written in commemoration of the Fort Greene Park Prison Ship Martyrs Monument and setting an original text by Patricia Hampl, received its world premiere at the Brooklyn Technical High School in New York City, performed by the Monmouth Civic Chorus and Orchestra, tenor Cameron Smith, and conducted by Mark Shapiro.

Other recent works include Almost A Boogie, commissioned by the Boston-based Walden Chamber Players with support from Twentieth Century Unlimited and the Argosi Foundation in March, 2010; After Choice, for string orchestra, commissioned and premiered by the Orchestra of the League of Composers in June, 2009 at Columbia University’s Miller Theatre; and Through it All, commissioned by The ASCAP Foundation and Spivey Hall and premiered by the Grammy-nominated ensemble Imani Winds in February, 2008. In October, 2010, Singleton’s beloved concerto for piano and orchestra BluesKonzert had its Carnegie Hall debut with Ursula Oppens and the American Composer’s Orchestra at Carnegie Hall’s Zankel Hall. Robert Spano led the Atlanta Symphony Orchestra through the world premiere of Singleton's new orchestral fanfare Miaka Kumi in February of 2011. His newest large scale orchestral work, Different River, premiered by Maestro Spano and the Atlanta Symphony in May of 2012 and his most recent work, Sweet Chariot, was presented by the Philadelphia-based Astral Artists in February of 2013. In 2014, Singleton was elected to the American Academy of Arts and Letters. In November of that year, Singleton received the premiere of Where the Good Sounds Live, commissioned by a consortium of more than 20 college and university bands, on November 7 with Michael Votta leading the University of Maryland Wind Orchestra. On May 22, 2016, James Conlon led the Cincinnati Symphony Orchestra and May Festival Chamber Choir in the world premiere of Prayer as part of the Cincinnati May Festival. In February 2018, the Youth Symphonic Orchestra of Russia, led by Alexis Soriano, performed the world premiere of Across Differences at the Zimnij Theatre in Sochi as part of the 11th Anniversary Winter International Arts Festival. Currently, Singleton is working on a new piece for the Momenta String Quartet for the 2018-2019 season.