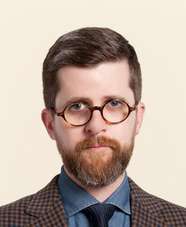 Alex Mincek (b. 1975) is a New York-based composer and performer. He studied composition with Tristan Murail and Fred Lerdahl at Columbia University (DMA) and with Nils Vigeland at the Manhattan School of Music (MA). In 2012 he was named a Guggenheim Fellow and the following year he received an Alpert Award in the Arts. He is currently the saxophonist, bass clarinetist, and artistic director of the Wet Ink Ensemble, a group dedicated to contemporary music, which he founded in 1998.