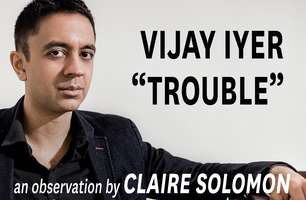 CLAIRE SOLOMON, Associate Professor of Hispanic Studies and Comparative Literature at Oberlin College, shares a detailed account of her encounter with Vijay Iyer's new violin concerto Trouble, which had its first workshop performances at Oberlin and the Cleveland Museum of Art earlier this year.

In his introduction to the work, Iyer writes:

"Good trouble," "necessary trouble" — these are favorite phrases of U.S. Representative John Lewis, referring to the strategies and tactics of the Civil Rights movement and the ongoing struggles for equality and justice in the last six decades.

This is my first concerto, and I didn't want to rehash the typical narrative positioning a heroic individual over or against a multitude. Ms. Koh told me that the soloist could instead be viewed as someone willing to be vulnerable, to publicly venture where most people won't, to accept a role that no one else will accept, to bear the unbearable. In other words, the soloist can embody the relationship of an artist to her community: not so much a "leader" or "hero," but something more like a shaman, a conduit for the forces in motion around us.

Violinist Jennifer Koh debuts Trouble on June 8 at the Ojai Music Festival, where Iyer is the 2017 Music Director. Koh is joined in the premiere by the International Contemporary Ensemble (ICE), Oberlin Conservatory's Contemporary Music Ensemble conducted by Steven Schick. 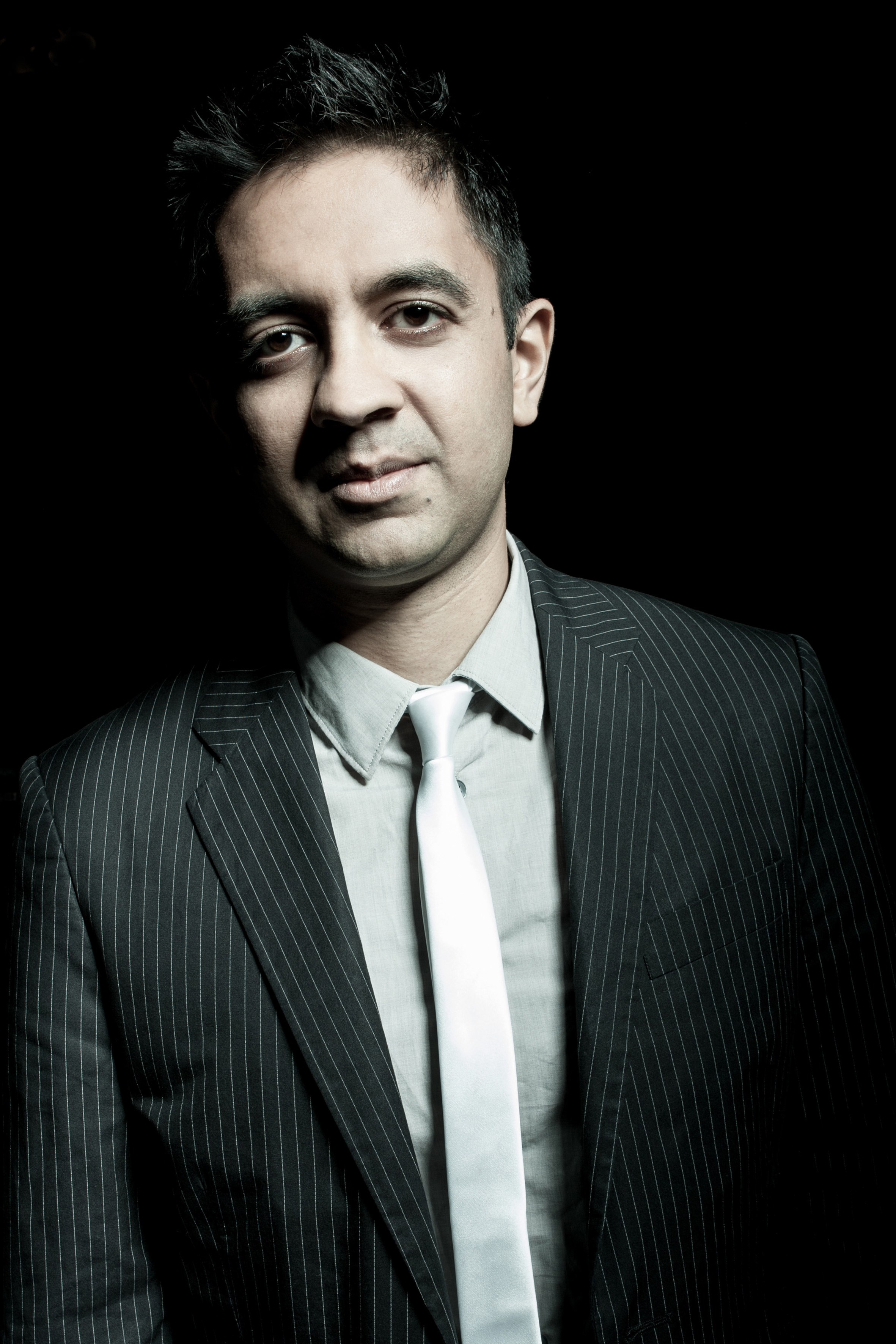 It’s inherently interesting when an artist known best as a Jazz composer and pianist writes in the most classical of genres; also when a world-class violinist is part of the process of commissioning, translating and workshopping the piece along its journey to legibility in the classical music industry which so often seems to resemble the film Mean Girls but with an all ghost cast.

But more importantly, I want to say something about Vijay Iyer’s new concerto, Trouble, written for violinist Jennifer Koh and premiering at the Ojai Music Festival this Thursday, because we are all so evidently in trouble, teeming with it and on the brink of something worse, that I don’t take it for granted when a new piece summons us to reckon with the past and dream a future.

The night of the first performance, a “workshop reading” with the Oberlin Sinfonietta, conducted by Tim Weiss, I was nervous. I’ve grown to expect the kind of common kidnapping at the hands of a composer determined that everyone feel what it’s like to be trapped in his mind, as children want people to stay with them until they fall asleep. The stiffening of the neck, no place for the legs to go, the parts bowling dutifully down a department store perfume aisle to the obligatory subito fortissimo that makes me peer timidly like my grandfather from under a felt hat. A fever-dream of early morning trucks and red noise; a sort of Mondrian garbage-house in which we’re told to lie flat as the composer rolls over us with a laminator. 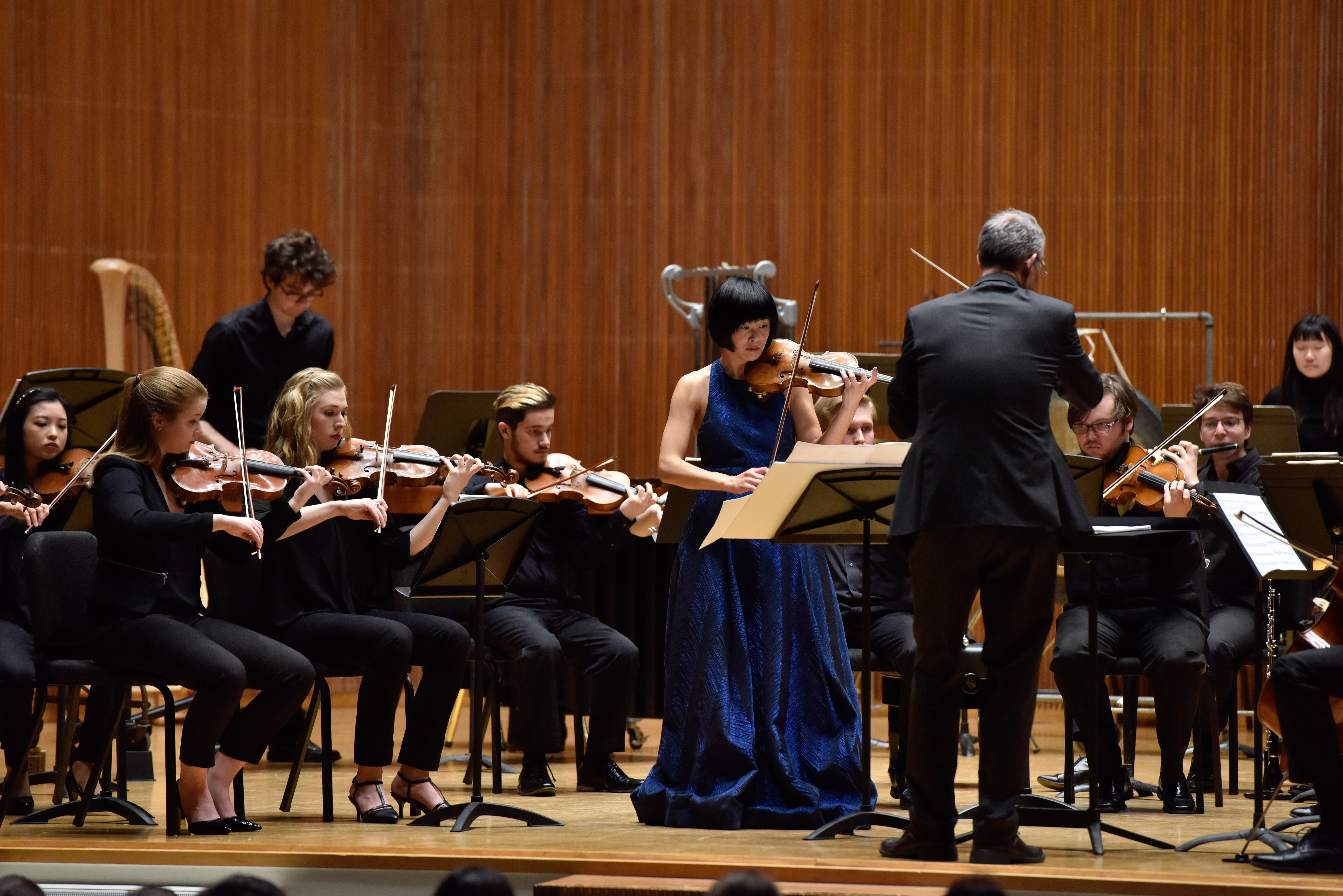 
Vijay sat next to me. Just in case, I tried out a sensitive grimace to show I wasn’t a philistine gawping at the wonderments of the town. Jenny wore a bright blue gown. Her body isn’t a separate thing from who she is: fine muscles and nerves, arms, neck, scapula, collarbone trace each phrase under the lights, making Renaissance anatomists look like children “preserving” flowers by smashing them between the pages of a book. Her hands I’ll only describe by saying that if one of my friends must perform my surgery in a Wal-Mart parking lot using found objects, I choose her.

As I listened, everything felt preternaturally clear, a dream you’re sure you’ll remember, a room in your house you’ve never entered but has been there all along. There was a standing ovation.


I feared that if I couldn’t pierce the fantasy of it, it would escape whole. I went to hear it again on Sunday at the Cleveland Museum of Art. I wanted to know how it had made more space inside of me instead of boxing me into its own dimensions, I explained to Yago on the way, windows down on Route 20. I felt obliquely fraudulent choosing an indoor activity on the first day of spring; I would probably never do so again as long as, like a dog, I could go for a walk instead. But I was a dog with an idea.

Vijay had written in his program note that Jenny had taught him how the soloist could be not only a hero making a proclamation but also a shaman, leading us somewhere unknown. The prelude was an anti-overture, I scribbled in my notebook, non-representational scratch notes, microtonal slides. The non-melodic, nearly non-tonal violin made it seem like the soloist was first building the set, then sweeping it, as the piano dropped in pedaled bass notes like the “fill” function on MacPaint and the flute repeated the same moody call, a too-loud bird at dawn.

The first movement was a relief: the violin slurring fifths and thirds, percussive piano chords, bells hitting just off like fat raindrops. Sunbursts of melody in the strings, brass, winds, ended up in trouble; the violin dashed off something crazy, harmonic arpeggi, echoed in the clarinet, drowned out but picked up again by the piano, then the clarinet, flute, cellos, a descending minor spiral joined by each section but fading into a long solo scratch.

The second movement was dedicated to Vincent Chin, the Detroit autoworker murdered in a racist hate crime before that was a concept. Nazarene, I wrote. Chords high up on the fingerboard. Pizzicato strings, plunky treble piano, ensemble like those fraternities in Spain that bear a two-ton statue of a saint on their necks. The violin talked to itself, a painted icon telling its story as it is carried through the streets, then returned to silence.

The third movement was bound to be my favorite, because Vijay had told us it was inspired by the Migos song “Bad and Boujee,” which in accuracy I had never heard of but which Yago knew very well since, in his words, he does not always have an adequate degree of control over his classroom. The relay around the sections became a call and response dance party until the interlude struck time with a bell. Then a rainstick, a horn echoing the flute of the prelude before merging in a golden brass progression celebrated by bells. After a rest, another series of beginnings in which the rhythm tore off and got lost, only to turn up elsewhere. An impression of two bicycle flywheels spinning, five inches against seven.

In the cadenza, I saw the whole thing differently: Jenny was taking us in and out of focus, like a radio tuning itself in and out of consciousness, a long scratch leading into more 7s and finally its bad and boujee heart went tachycardic into sheer rhythmic intensity. 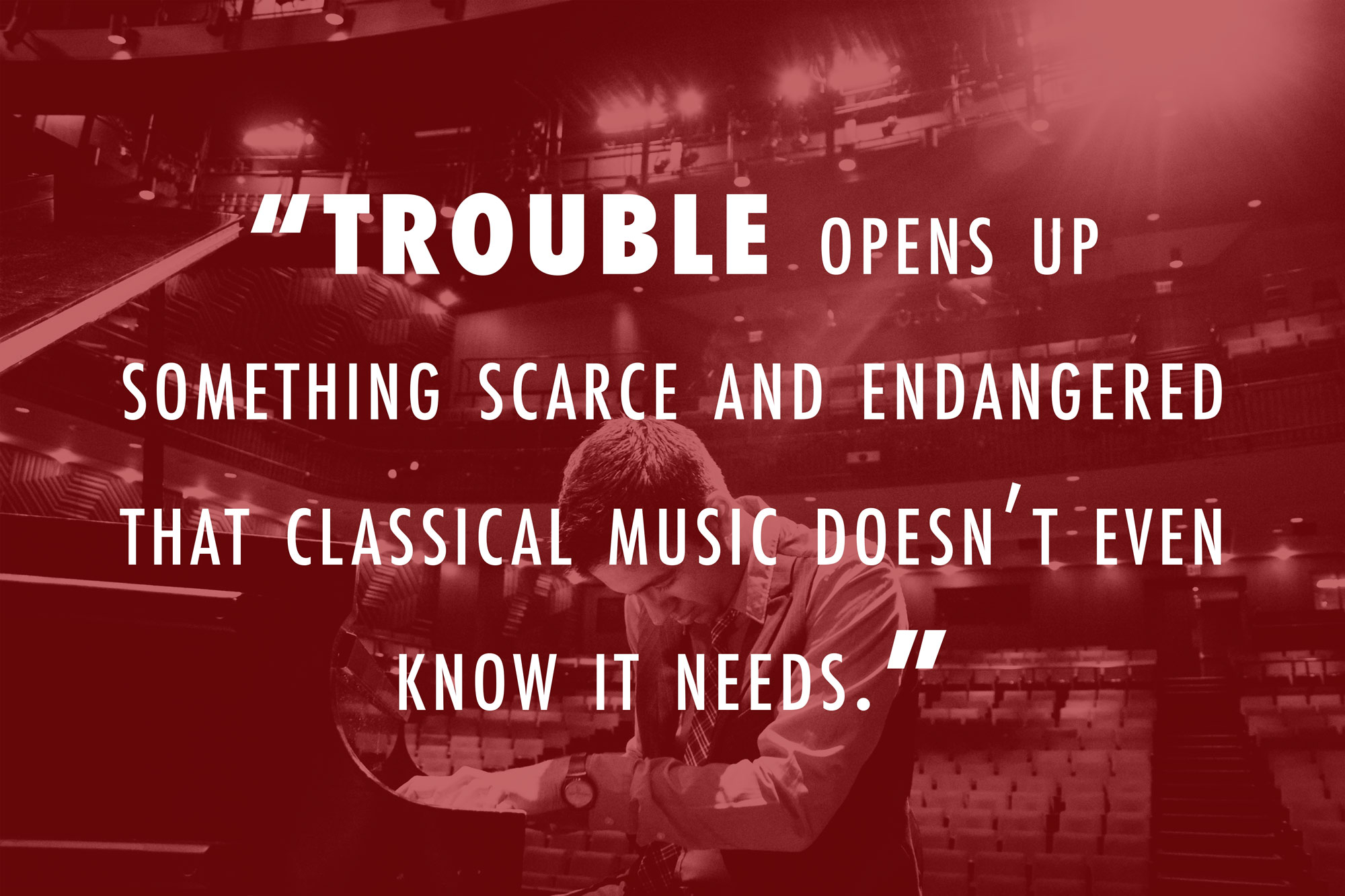 I would have liked to try, as a lady orders her salmon, to leave the sauce on the side. All of the details I have mentioned with the delicacy of facts are more like the pictures viewed nearsightedly through a View-Master: catastrophically wrong if what you’re trying to do is interpret the image. But I don’t want to preserve Trouble between the pages of a book, pose it Audubon-style or stick a pin through its living heart to study the form.

What I want to say is that Trouble opens up something scarce and endangered that classical music doesn’t even know it needs. Trouble isn’t programmatically anti-racist; it doesn’t represent Chin’s murder but testifies to the rhythmic relay of lives of which his was only one, and demands that we see the pattern. It grieves the racial tragedy that shapes our future because we do not work through it, and it opens up a space for what Derrida called the work of mourning as he might have pointed out an area for his cleaning lady to take care of – but Trouble doesn’t let us off the hook as rubberneckers; it summons us to a reckoning. As Vijay said in the Museum Q&A, it pins us to the present: a moment in which to tell white audiences not to be racist.

I would go further and say that Trouble not only tells white audiences not to be racist, it shows white audiences the part they have played and invites us to play something different. And this is Trouble’s complexity and its simplicity. It doesn’t laminate us into our seats, crushed and obedient. It makes space for us to come in, even if we are going to keep coming in with the same part every time. But we are going to see it for what it is.