On September 20, the Warsaw Autumn Festival presented a special concert featuring selections of Andrzej Krzanowski’s Reliefs. The work was performed by Maciej Frąckiewicz on accordion and bass accordion, and Leszek Lorent on percussion. PWM organized this concert of "visionary accordion music," partnering with the Society of Authors ZAiKS.

“To claim that Krzanowski revolutionized accordion music is an understatement. In his compositions, the accordion emerges as a no-less-worthy cousin of the time-honored organ, and it sounds just as fresh as electronics (which was then only making its first tentative steps in Poland). The excellent musicologist and brilliant critic Andrzej Chłopecki described Krzanowski’s accordion as “an instrument of the common folk, more small-townish than folk-related in nature” and saw it as “an aesthetic provocation, causing embarrassment in the circles of high culture.” It was with reference to Krzanowski’s music that Chłopecki used the term “new romanticism” for the first time, pointing to this quality as the leading element in his music. The independent romantic spirit manifested itself directly in his music, in its recognizable expression and surges of emotion that were somehow overly literal in an intimidating fashion. These factors determined the key element in Andrzej Krzanowski’s music: its expressive power, supported by unparalleled authenticity, which served as an antidote for the lies and insincerity of the 1970s and 1980s’ propaganda emanating from radio and TV sets then in Poland.”

A recording of Krzanowski’s Reliefs was released last August by ANAKLASIS. Learn more and order the recording by clicking here oron the image below. 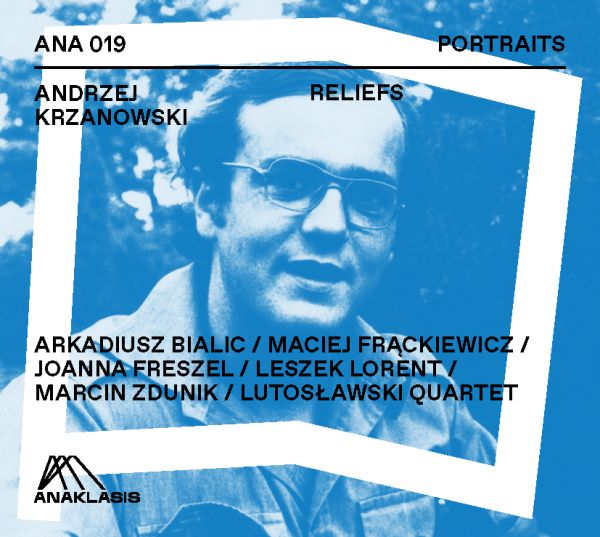