Concerts titled "Toshi Legend" are being held to mark the 20th anniversary of Toshi Ichiyanagi’s assumption of the General Artistic Director role at the Kanagawa Arts Foundation. On February 13, the Tokyo Philharmonic Orchestra, under the baton of Masato Suzuki, will perform "Resonant Space", a concert program highlighting Toshi Ichiyanagi’s orchestral works, at Kanagawa Kenmin Hall. In addition, the program, "Extreme Love" will be held at Kanagawa Prefectural Music Hall on March 20. This concert features works by Ichiyanagi, while also including works by other composers who influenced his development. Ichiyanagi himself will take part as one of the performers.

The "Resonant Space" concert begins with the world premiere of afanfare--for Toshi Ichiyanagi’s birthday--, a new piece composed by Masato Suzuki. The work will be conducted by the composer who is also an expert in the field of early music performance. 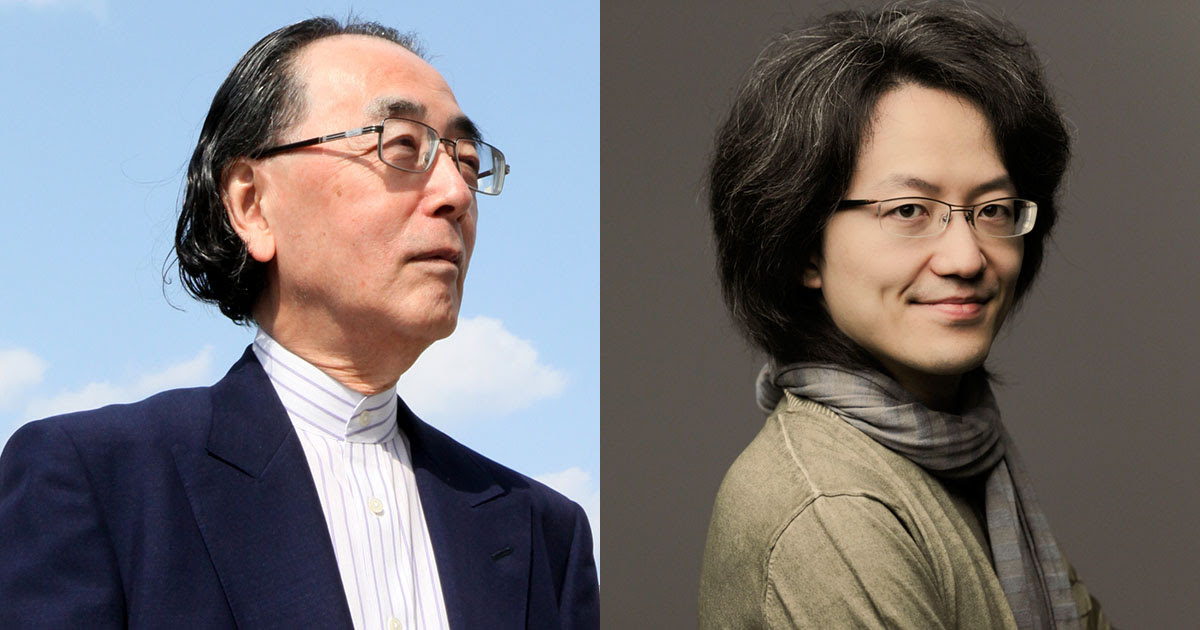 In Between Space and Time, as well as other works, Ichiyanagi continued to explore the Eastern ideology of the ‘coexistence of time and space’ often found in the traditional art of the East. A basic series of repetitive notes are developed in varied ways while the interrelation between time and space, and the acoustics resulting from their coexistence are produced.

In Violin Concerto “Circulating Scenery” which consists of three movements, a motif that circulates as though drawing a circle, shapes
the various ‘sceneries’ between the solo violin, performed by Tatsuki Narita, and the orchestra, and its multi-faceted projections are made to emerge throughout each movement. This title was given to this work in order to indicate this circulating motif and its developed form of ‘memory trajectory’, and the state in which these sceneries become connected through memory and circulation.

Symphony No. 8 -Revelation 2011- was written after the Great East Japan Earthquake of March 11th, 2011 in light of its feeling of urgency. Having been faced to reexamine his own awareness in music from natural disasters and the accident following, Ichiyanagi came to realize that connecting the unique Japanese characteristics of its geographical features and ways of thinking which are already being forgotten, were indispensible to maintain his own creative attitude. Divided into four parts, this work is comprised of the following movements: ‘Premonition’, ‘Fleeting’, ‘Requiem’ and ‘Revival’. However, the entire piece is goverened by two main themes: ‘circulation and transience’.

The chamber music concert, ‘Extreme Love’, to be held on March 20, will consist of three parts: ‘Classical’, ‘Traditional’ and ’Experimental’. The first part: ‘Classical’ presents classical works by Beethoven and Franck in addition to works by Toshi Ichiyanagi. Ichiyanagi's presence as a featured pianist at this concert will likely be the focus of attention. In the second ‘Traditional’ part, the Japanese instrumental group J-TRAD ensemble-MAHOROBA, led by shamisen-player Hidejiro Honjoh, is planning the performance of Ichiyanagi’s Density and Yuji Takahashi’s Hanakago~Mizu among others. Finally, in the third ‘Experimental’ part, a series of Ichinayagi’s early collection of masterpieces Music for Piano No.1 - No.7 will be performed by pianist Takuji Kawai.