A new volume of the Kurt Weill Edition will publish, for the first time, Der Silbersee as a complete full score with matching performance materials. This critical edition draws on previously unknown source materials, fixing incorrect pitches and resolving many discrepancies between Weill's full score and the published piano-vocal score. Also in preparation is a volume including Symphony No. 1 and Symphony No. 2 along with Weill's first orchestral composition, Suite in E. A major improvement on the previous published score of Symphony No. 1 from 1968, the critical edition will correct a host of incorrect pitches, dynamics, and blatant errors. Managing Editor Elmar Juchem is the editor of Silbersee, and conductor James Holmes is the editor of the volume of orchestral works.

Established in 1992, the Kurt Weill Edition is a long-term publishing project with the goal of presenting all of Weill’s completed musical works in authoritative editions, including introductory essays and critical reports documenting all editorial decisions. Twelve volumes have already been published, ranging from Die Dreigroschenoper to Lady in the Dark to Happy End (the latest). The volumes are intended for use both by performers seeking accurate editions and scholars seeking authoritative texts. Subscriptions to the Kurt Weill Edition provide substantial discounts for each volume. 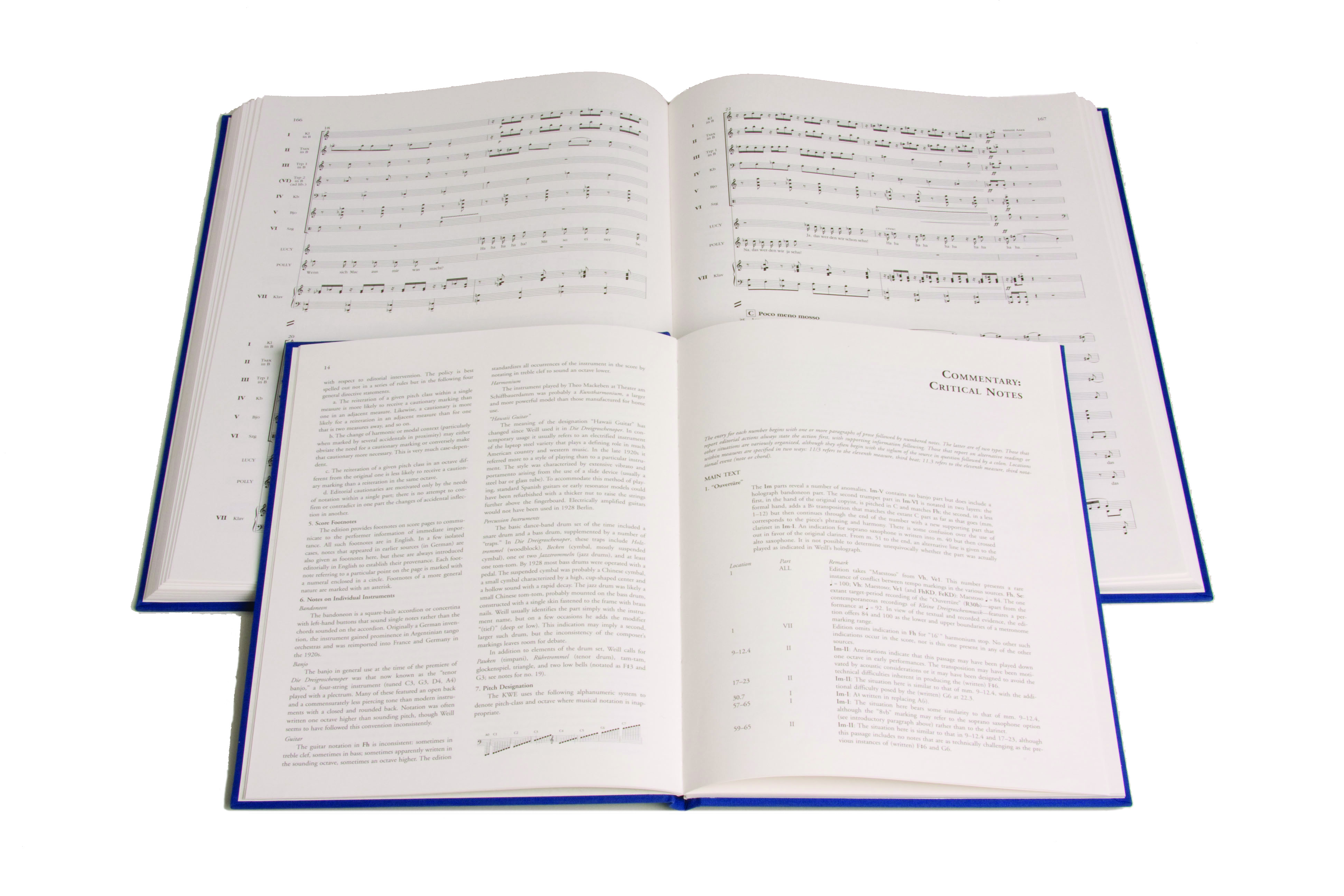 Premiere performances of the new critical editions are scheduled in 2021 as part of a special collaboration among Berlin's most prominent cultural institutions. Soloists of the Komische Oper, and actors of the Berliner Ensemble and Vocalconsort Berlin will present Der Silbersee on February 10 & 12, conducted by HK Gruber. The Berlin Philharmonic will present Symphony No. 1 on February 11-13, conducted by Kirill Petrenko. Rounding out the volume premieres, conductor Marie Jacquot will present Symphony No. 2 on February 16 with scholarship holders of the Karajan Academy, to be included on a program with Weill’s Violin Concerto. The new critical editions will become available after the Berlin premieres at which point the previous editions will be withdrawn by their publishers.

More exciting news next year ― a new production of Die Dreigroschenoper opens with the Berliner Ensemble in early 2021, directed by Barrie Kosky and conducted by Adam Benzwi, to be presented in the same theater where it first premiered in 1928.