Toru Takemitsu loved films dearly and reportedly was known to view as many as 300 films per year. He was personally involved in the world of filmmakers and composed nearly 100 works of film music. Twenty-five years after his death, Toru Takemitsu's captivating melodies and sensitive harmonies continue to grip the hearts of music and film fans all over the world.

Additionally, Toru Takemitsu loved the guitar. All in Twilight and In the Woods, both for solo guitar, and the chamber work Toward the Sea, written originally for the guitar, are recognized masterpieces. He also created exceptional arrangements for guitar, such as Bad Boy and 12 Songs for Guitar.

Toru Takemitsu maintained close relationships with many guitarists around the world through the composition of such works. It was Daisuke Suzuki’s performances that he held in highest regard during his later years remarking, “one rarely has the opportunity to hear a performance like his”. Unfortunately, no collaboration between the two was ever realized in Takemitsu’s lifetime. However, Daisuke Suzuki actively engaged himself in performing the composer's works, and in order to further expand the repertoire for guitar, arranged music for film that Takemitsu had composed for solo guitar and guitar with chamber ensembles. He has continued to perform these works since. Suzuki's recordings of these works also eloquently tell the story of Takemitsu's distinguished trajectory creating music for film.

In examining Toru Takemitsu’s music for film and television dramas, ten works arranged by Daisuke Suzuki which originally included the guitar in their instrumentation or which could be performed by the guitar were carefully selected. With full cooperation from Maki Takemitsu, the composer’s daughter, these pieces were published as a collection of arrangements for guitar solo and guitar duo on February 20, 2021 to commemorate the twenty-fifth anniversary of the composer's death. The new publication provides an excellent opportunity for Toru Takemitsu’s music to be passed on to a new generation. 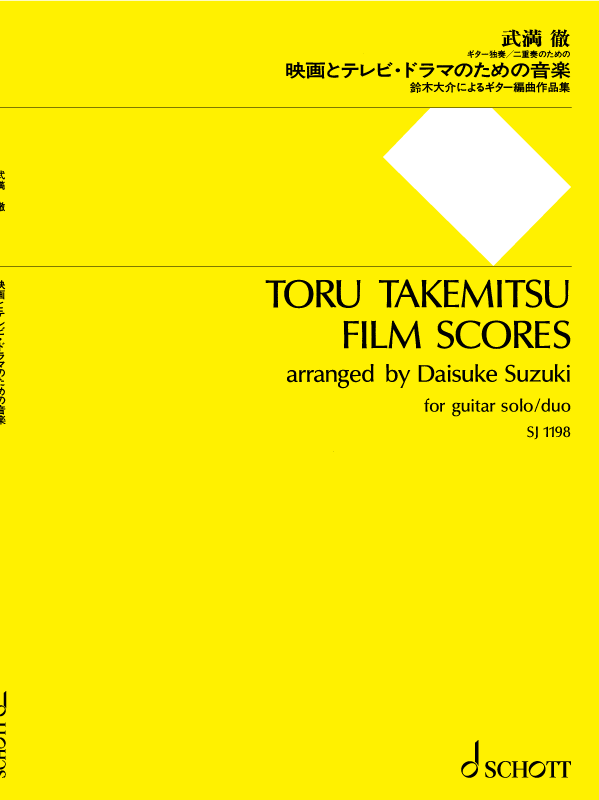