Zen-On will host their annual concert of contemporary music “Groupe des Quatre et ses ami(e)s” on November 30. The unique concert series was created by Zen-On as a way to promote and propagate works of contemporary composers. 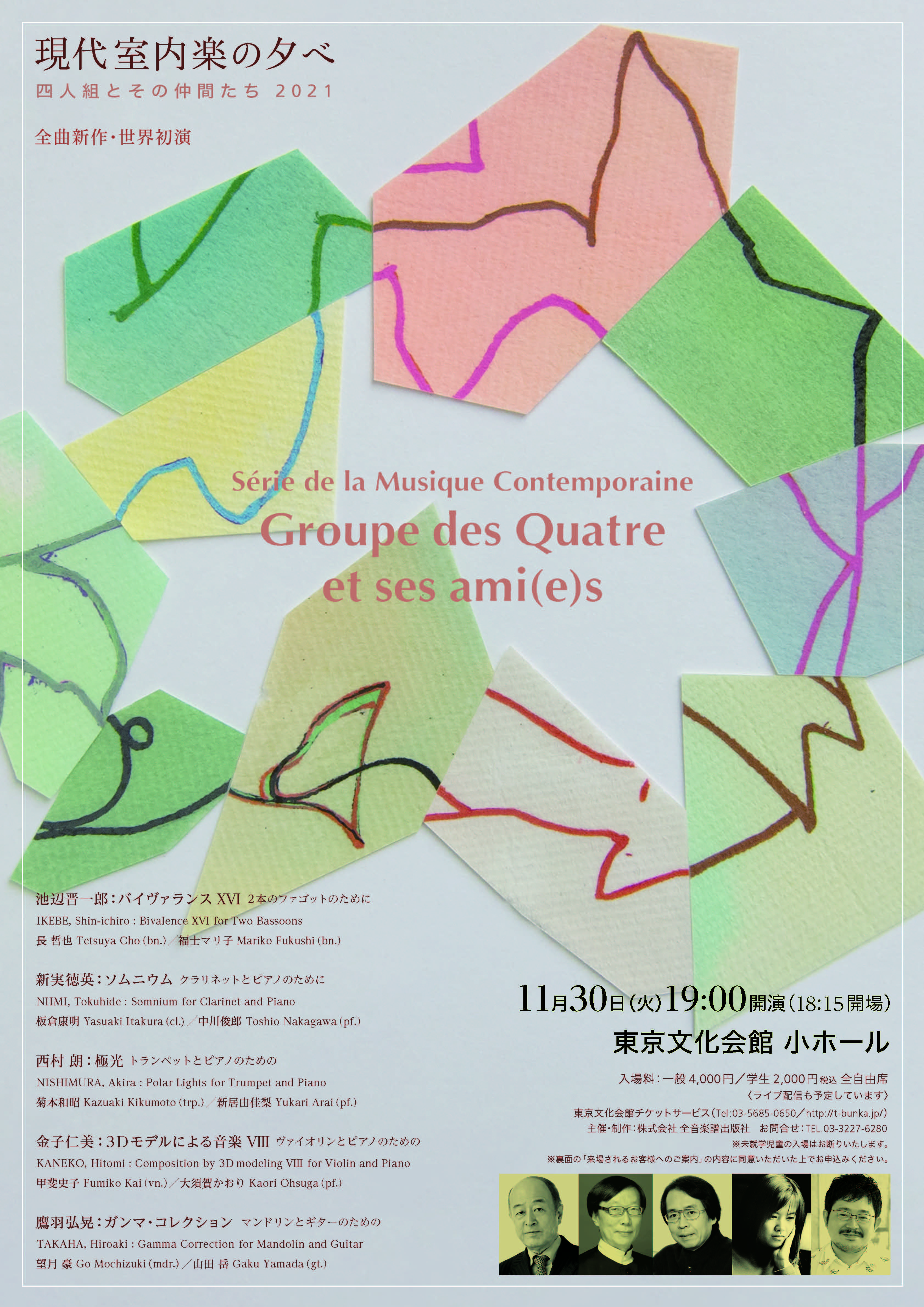 The world premiere performances of five commissioned pieces will be played by a distinguished group of musicians. The performance will be live streamed and Zen-On extends an invitation to audiences around the world to attend.