The title "Argoru" comes from the Ghanaian Twi language meaning "to play." Singleton composed this kaleidoscopic series of solo works for eight different instruments over a period of more than thirty years. The composer will add to the series with Argoru IX, for solo violin, which has been commissioned by the Curtis Institute and will premiere there in spring 2022.

David Serkin Ludwig, artistic director of Ensemble 20/21, recently spoke to Mr. Singleton from his home in Atlanta. In this short video, he shares memories of what drew him to composition and some adventures while living in Europe, thoughts on his musical voice, and disbelief in how three decades can fly by! 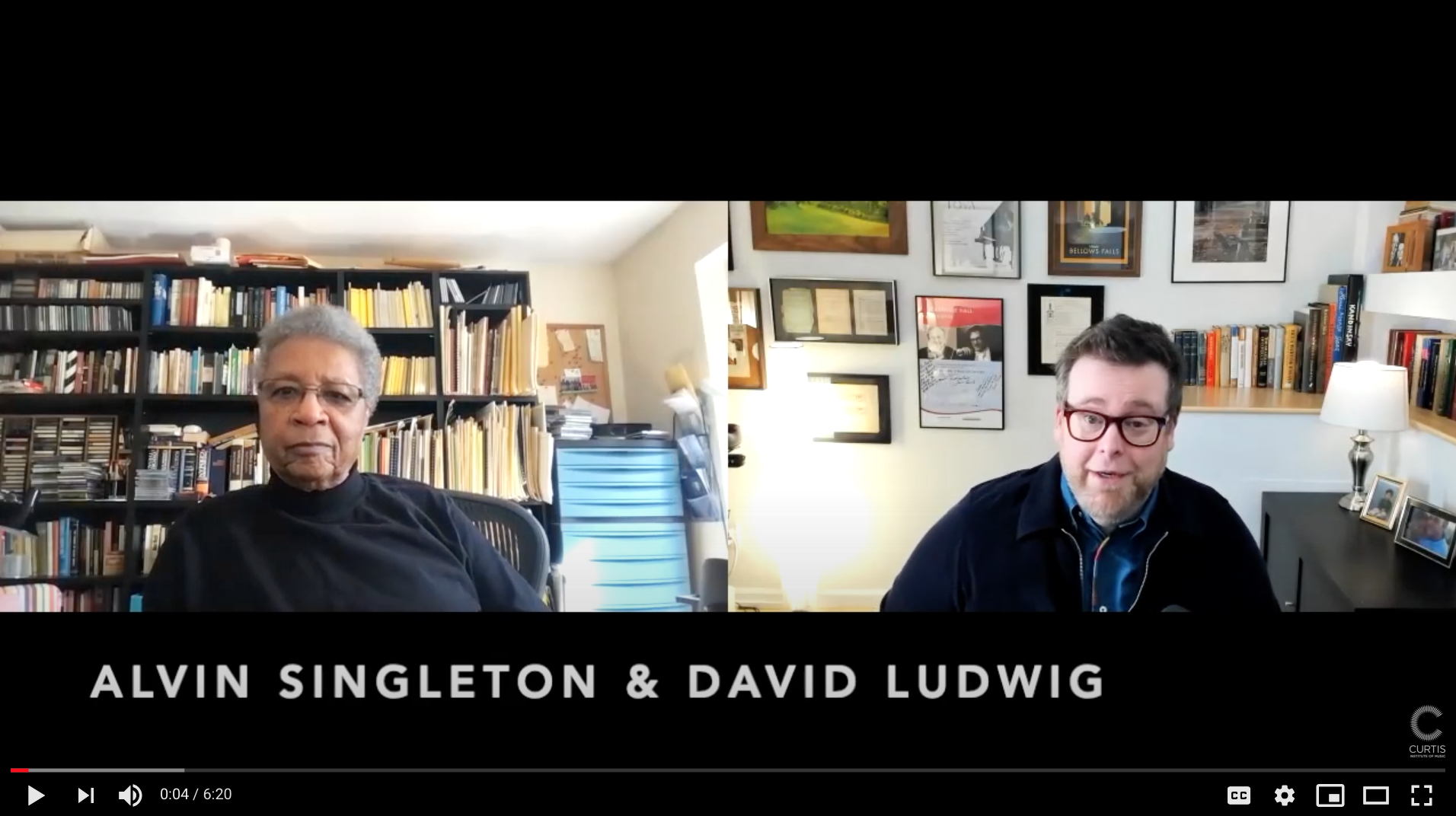 Digital scores for all of the works in Alvin Singleton's Argoru series can be purchased at Project Schott New York (PSNY):

On March 24, musicians of the Ensemble Modern, under the baton of Vimbayi Kaziboni, perform Alvin Singleton's Again as part of the 2021 MaerzMusik Festival. The group gave the German premiere of the work last November as part of their Festival NOW 2020!. This project, “Afro-Modernism in Contemporary Music,” was curated by the American musician, composer and academic George Lewis and features works by Alvin Singleton, Tania León, Daniel Kidane, Andile Khumalo, Hannah Kendall and Jessie Cox.  The MaerzMusik Festival will be streamed online this year. Attendees can stream each day's events by clicking here.