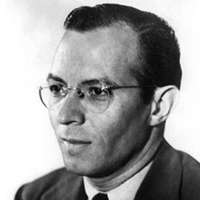 Jerome Moross was an American-born composer for the stage, and a composer, conductor and orchestrator for motion pictures.

He was a talented piano player and composed music for theater. In the 1940s he began to work in Hollywood, where he would compose music for 16 films from 1948 to 1969.His best known film score is that for the 1958 movie The Big Country, for which he was nominated for an Academy Award for Original Music Score.