It is well known that the late Supreme Court Justice Ruth Bader Ginsburg was both a human rights trailblazer and an opera aficionado. In a moving tribute featured in the New York Times, Francesca Zambello recounts how Kurt Weill's Lost in the Stars touched Ginsburg's heart during a 2012 performance at The Glimmerglass Festival.

"I remember after Kurt Weill’s Lost in the Stars at Glimmerglass, being next to her and her just being visibly shaken and weeping from one of Eric Owens’s greatest performances. She was very emotional — I don’t think she would hide it if she were moved by something; you would know it." 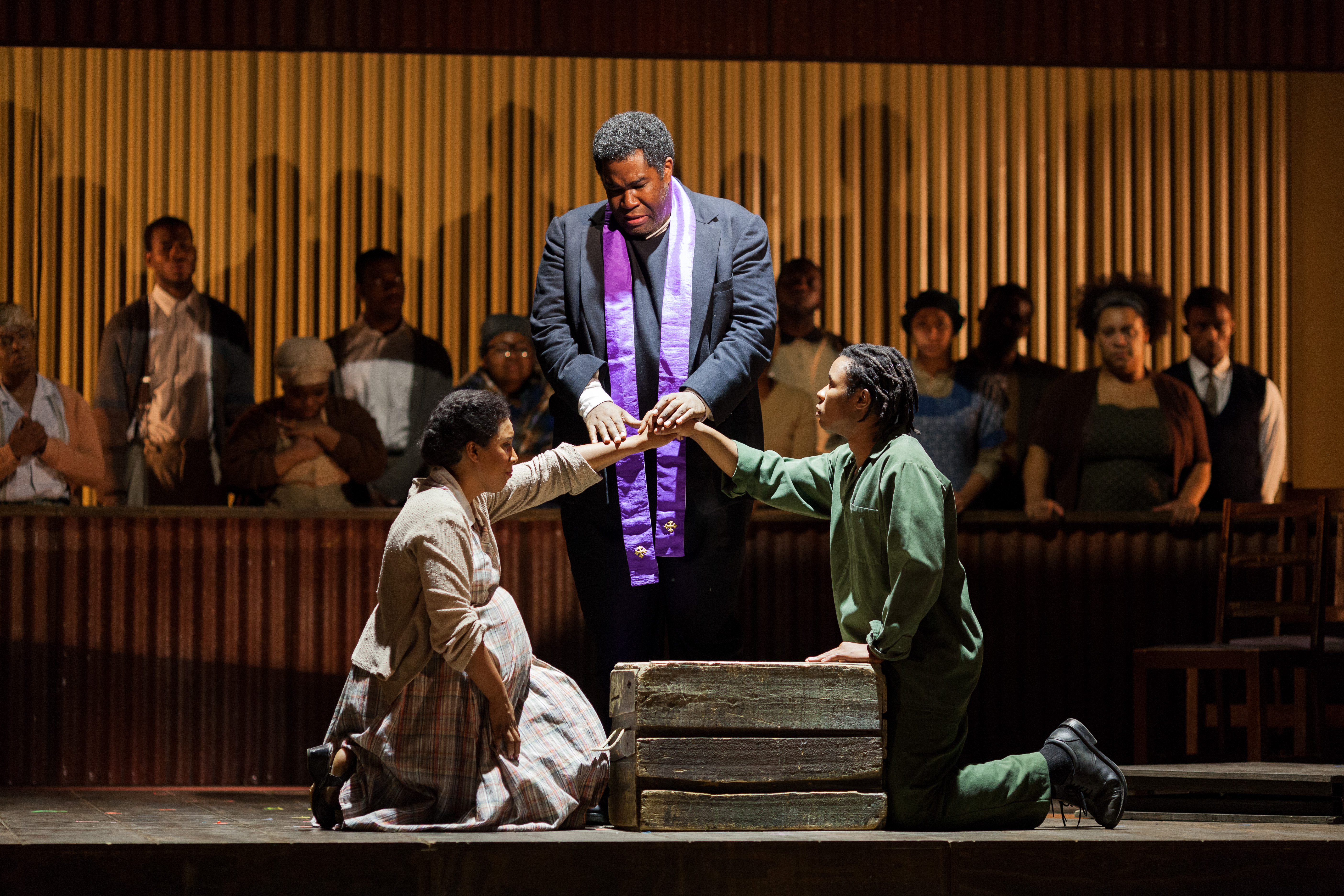 (Eric Owens as Stephen Kumalo in Lost in the Stars with South African tenor Makudupanyane Senaoana as Absalom and Young Artist Brandy Lynn Hawkins as Irina at The Glimmerglass Festival, 2012 | Photo: Karli Cadel)

Tazewell Thompson, the director of the production, recalls that Ginsburg saw the production twice. She amazed him by observing, "You changed the ending. I like that you brought back 'Cry, the Beloved Country'." Indeed, the authors' estates had authorized a new version of the last scene, replacing the Hollywood-style "Thousands of Miles" with a reprise of Weill's "great lament" for South Africa's unborn, doomed to suffer the injustices of apartheid.

At its core, Lost in the Stars is a tale of morality, injustice, and ultimately of healing — a deep parallel to Ginsburg’s fierce advocacy for civil and political rights. Thompson continues, “[Ginsburg] loved, loved all the jabs on how to manipulate the court, judge and jury in the scene where the brother advises Stephen Kumalo on how to beat the system.” The Glimmerglass production hit a nerve with audiences and critics alike. In its 2015-16 season, the production was mounted at Washington Opera with Eric Owens and Sean Panikkar both returning to their original roles, and the addition of 2015 Lenya Competition First Prize Winner, Lauren Michelle, as Irina.

To learn more about Kurt Weill, visit kwf.org or schott-music.com