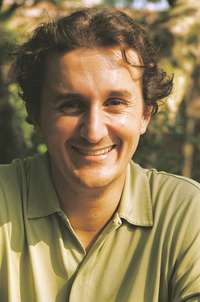 Richard Carrick, a Guggenheim fellow, writes music of spatial depth and robust stasis, characterized by continual development and the evocation of profound human experiences. Described both as "charming, with exoticism and sheer infectiousness" and "organic and restless" by The New York Times, Carrick's music is influenced by his multicultural background …