Composer note
My Violin Concerto is in two movements of contrasting character. The first movement, marked 'soulful and mysterious', begins with a slow introduction and eventually transitions into a scherzando section. The opening explores the violin’s lyrical and expressive qualities as it hovers above an ethereal strings and percussion texture. The middle section of the movement is a dynamic scherzo of sorts, almost becoming a separate movement in itself before the opening finally returns to conclude the movement.

The second movement, marked 'with great energy' moves freely back and forth between frenetic, pulse-oriented music and freely slow, non-pulsed music. These slower sections contain lyrical quarter-tone pitch-bending in the violin, and this serves as the primary motivic material in this section. Eventually, the fast music takes over and leads to a fiery cadenza.

Click here to view a live performance with Steven Copes 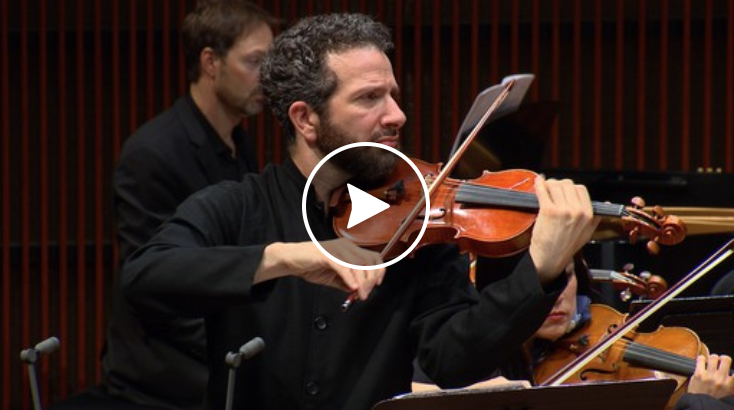